Adam Van Brimmer reports, Trip Tollison can pinpoint, to the minute, the time Savannah’s economy changed forever. April 25, 2022 at 10:32 a.m.     “That’s when we got the signed agreement with Hyundai,” said Tollison, president and CEO of the Savannah Economic Development Authority, or SEDA. “It was a big moment.” 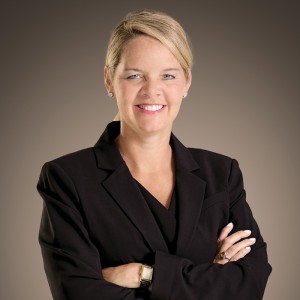 Catching Up With …Gretchen Corbin

Karen Kirkpatrick reports, since becoming lottery leader in 2018, Corbin has overseen the delivery of record amounts of money for education, including $376.5 million for the HOPE scholarship and Pre-K programs in the second quarter of FY22.

Greg Bluestein reports, on a breezy February evening in Savannah, Gov. Brian Kemp and several of his top aides were nursing cold beers and munching on warm pizza from Vinnie Van Gogo’s when they were summoned outside for an abrupt meeting. As they huddled near River Street, consultants who specialized in scouting huge projects let Kemp’s aides in on a secret: Georgia’s case for a massive new car plant was looking strong — so strong, in fact, his deputies returned to the hotel resolved not to feel overconfident.

Atlanta robotics company GreyOrange is set to expand its footprint and create 300 jobs globally as supply chain delays continues to affect the economy. Investments into Atlanta’s supply chain innovation sector have increased due to the effects of the pandemic.

Trevor Williams reports that Ireland on May 17 sent its third minister-level delegate to Atlanta in as many months, a two-day stopover showing once again the priority the country is placing on deepening its relationship with the Southeast U.S.  Robert Troy, minister of state at the Department of Enterprise, Trade and Employment with responsibility for trade promotion, visited the Georgia capital after a spending time in Greenville, S.C., and just before heading even further south to Mexico.

FLETC suspends training due to rise in COVID cases

Hank Rowland reports that the Federal Law Enforcement Training Center at Glynco is temporarily suspending training and asking students to return to their duty stations. Students scheduled to graduate May 27 and who are in classes not currently paused due to quarantine and isolation requirements will continue training through graduation with increased COVID-19 safety protocols, according to FLETC. 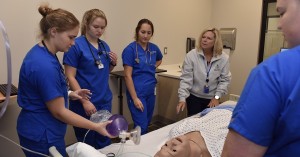 Mary Ann DeMuth reports, the University of North Georgia (UNG) and Northeast Georgia Health System (NGHS) have formed a partnership to add 280 nurses to the workforce over the next five years. These nurses are in addition to those the university already trains through its traditional programs.

Dyana Bagby reports that Atlanta Community Food Bank is set to receive a $29 million grant to help address the negative impact caused by the COVID-19 pandemic. Gov. Brian Kemp announced this week a total of $415 million would be awarded to local nonprofits, government organizations and businesses to help offset the economic damage caused by COVID-19.

Both sides of abortion debate focus on Georgia elections as Roe v. Wade may be overturned

Abraham Kenmore reports, the leaked draft opinion from the Supreme Court that would, if adopted, overturn Roe v. Wade, may shake up state-level elections in Georgia and across the country. “Who runs our local government will be instrumental in deciding who can access abortion,” said Allison Coffman, director of Amplify Georgia Collaborative and a board member for ARC-Southeast, an abortion fund.

Voting is surging in Georgia despite controversial new election law

Amy Gardner and Matthew Brown report, when the Spalding County Board of Elections eliminated early voting on Sundays, Democrats blamed a new state law and accused the Republican-controlled board of intentionally thwarting “Souls to the Polls,” a get-out-the-vote program among Black churches to urge their congregations to cast ballots after religious services. But after three weeks of early voting ahead of Tuesday’s primary, record-breaking turnout is undercutting predictions that the Georgia Election Integrity Act of 2021 would lead to a falloff in voting.

On the Issues: Where do the Republican Candidates for Georgia Governor Stand?

Alessandro Marazzi Sassoon reports, Tuesday’s primary election will set the stage for the general election for Governor of Georgia. Republican voters tomorrow will pick who they want to run against lone Democratic candidate Stacey Abrams in November.

Patricia Murphy, Greg Bluestein and Tia Mitchell report, at a Gwinnett Democratic gala over the weekend, Stacey Abrams had some harsh words for her home state that Republicans quickly jumped to exploit. It’s a parallel to the final days of the 2018 race for governor, when Abrams told students in Statesboro that “people shouldn’t have to go into agriculture or hospitality in Georgia to make a living.”