Jill Nolin reports that Georgia’s top environmental regulator says his agency is adjusting to what he called the U.S. Environmental Protection Agency’s “new interpretation” of an Obama-era coal ash disposal rule. Rick Dunn, who is the director of the state Environmental Protection Division, says it was a “change in course” when the federal government announced earlier this month it would enforce a rule designed to limit the chances of coal ash toxins leaking into groundwater or waterways. 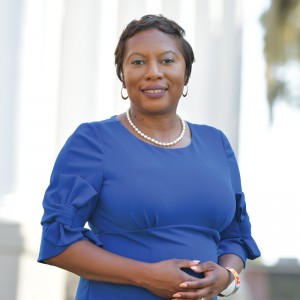 Catching up with Kimberly Ballard-Washington

Ligaya Figueras reports that swaths of acreage across rural south Georgia look very different compared to a few years ago. Grove after grove of satsuma trees have now matured to become pixilated snapshots of orange and green during harvest season, the colors even more dramatic against the backdrop of cloudless blue skies on balmy November and December days.

Port of Savannah sets cargo record, inland ports like the one in NWGa. prepare to expand

Staff reports that the port of Savannah moved a record 5.6 million twenty-foot equivalent container units last year, a 20% increase over 2020, the Georgia Ports Authority reported Tuesday. “While Georgia’s maritime logistics community has been tested by a challenging year, I am proud of our ports’ achievements to keep cargo flowing, support jobs and industry across the region and the world, and to serve customers in every corner of the state,” Gov. Brian Kemp said.

Staff reports that the Georgia Lottery Corp. today announced it generated $376,513,000 in profits for the second quarter of fiscal year 2022, bringing the total transferred to the State Treasury’s Lottery for Education Account since inception to more than $24.6 billion. “With their largest Q2 transfer ever, the Georgia Lottery continues to make an immeasurable impact on the lives of Georgia’s students and their families,” said Governor Kemp.

Dave Williams reports that Georgia Power is expected to announce the next step toward reducing its dependence on coal Monday when it unveils its latest long-term plan for electrical generation. The Atlanta-based utility releases an updated Integrated Resource Plan (IRP) every three years outlining the sources of power generation it intends to rely on to meet customer demands for the next 20 years.

Andy Miller and Ariel Hart report that a Fulton County judge Friday extended a reprieve in the contract dispute between Northside Hospital and Anthem until April 15, delaying for a second time the need for thousands of patients to switch doctors. Northside patients who have Anthem insurance have been caught in the middle of the battle between the insurer and hospital system for months.

Ross Williams reports that a proposed city of East Cobb sponsored by east Cobb Republican state Rep. Matt Dollar passed a House vote 98-63 and is set to head to the Senate. Hours later, bills to create the city of Vinings in south Cobb County and Lost Mountain in west Cobb found favor in a House committee, potentially teeing them up for a vote in the full chamber.

Gordon Jackson reports that Georgia Agriculture Commissioner Gary Black believes it is to a two-candidate race for the Republican nomination for U.S. Senate and a chance to face incumbent U.S. Sen. Raphael Warnock in the November general election. Black, who was campaigning in the Golden Isles Friday, stopped by The News for an update on his campaign.

Nyamekye Daniel reports that state agencies would be barred from doing business with any company or contractor unless they vow not to boycott Israel under a bill approved by the Georgia General Assembly. The House voted, 146-9, to approve the Senate’s changes to House Bill 383.

Greg Bluestein and Eric Stirgus report that Gov. Brian Kemp pressed ahead with an overhaul of Georgia’s higher education system leadership with a move that could clear the way for former U.S. Agriculture Secretary Sonny Perdue to become chancellor of the public university system. The governor tapped a political ally to the 19-member Board of Regents and announced two other members could no longer hold the office due to shifting political boundaries through last year’s redistricting process.