Dan Whisenhunt reports, as Atlanta’s healthcare infrastructure sways under the strain of thousands of new COVID-19 cases, six metro Atlanta healthcare systems are asking for the public to do more to help them deal with the surge of patients. “Children’s Healthcare of Atlanta, Emory Healthcare, Grady Health System, Northeast Georgia Health System, Piedmont Healthcare and Wellstar Health System are once again experiencing a staggering surge in adults and children with COVID-19 symptoms and diagnoses,” the hospital systems said in a press release sent on Dec. 29. 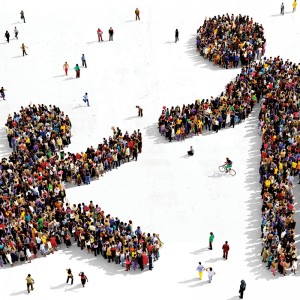 Candice Dyer reports, established in 1937, Union Mission has grown from a modest soup kitchen and overnight shelter into one of the leading nonprofits serving people facing homelessness in Savannah. “Our objective is partnering with people to end their homelessness through housing and supportive services,” says President and CEO Michael Traynor.

Georgia on the front lines of right whale survival

Drew Kann reports, Clay George has spent much of the last 15 winters on a boat, scouring the waters between Charleston and Jacksonville for one of the rarest large whale species on the planet, the North Atlantic right whale. In the 1980s, biologists discovered that Georgia’s coastal waters are at the heart of their calving grounds, George said, putting the state in the middle of the fight to save them from extinction.

COVID rages at record levels and hospitals are inundated. Here’s the governor’s plan of attack

Riley Bunch reports, as the omicron variant of COVID-19 rages and depletes hospital space, Gov. Brian Kemp said Wednesday he does not plan to implement any new pandemic restrictions to curb spread, saying he trusts Georgians to “do what is right for themselves and for their families.” Instead, the Republican governor will deploy National Guard troops to support response efforts across the state and dedicate $100 million toward additional contracted health care staff.

No Slowing Down: Intown housing market expected to stay robust in 2022

Kathy Dean reports that matter who you talk to in Atlanta real estate, they’re looking forward to a strong 2022 – and with good reason. The BeltLine and Westside Park are attracting homebuyers, the city is drawing new industry, and housing remains comparably affordable.

‘Nobody is going to hold back the tide’: A unique marsh could vanish on SC-GA border

Sammy Fretwell reports, five alligators slid from a muddy bank into the lower Savannah River, disappearing beneath the black water that flows through the Georgia-Carolina lowcountry. This peaceful scene, which took place on a warm evening in June, was one biologists at the Savannah National Wildlife Refuge know better than anyone. But they also know the refuge’s freshwater marshes, among the most unusual and wildlife-rich wetlands in the Southeast, face a threat from sea level rise.

Sports Desk: Getting it Done

Loran Smith writes, Atlanta is the football capital of the world! Who says so? Gary Stokan, president and CEO of Peach Bowl Inc., for one. He has been around and can get things done as well as anybody who has ever called Atlanta home.

Dave Williams reports that state workers will get a day off to observe Juneteenth for the first time this year, subject to the approval of the General Assembly. A memo Gov. Brian Kemp sent to state agency heads last week lists Juneteenth – marking the freedom of enslaved Americans at the end of the Civil War – as one of 13 holidays when state offices will be closed.

Beau Evans reports, Terry England was on a fifth-grade field trip when he first stepped inside Georgia’s House of Representatives at the State Capitol in Atlanta. Little did he know then that he’d become one of the chamber’s most important members, leading debate over the state’s $27 billion budget as chairman of the House Appropriations Committee.

Greg Bluestein reports, a race for governor dominated by Donald Trump’s election-fraud conspiracy theories. A scramble for the U.S. Senate and statewide offices shaped by the former president’s influence. And Republican critics of Trump’s false narrative left weakened or sidelined.