Aleks Gilbert reports that businessman, former U.S. Senator and longtime Cobb County resident Johnny Isakson died overnight. He was 76. Isakson held the distinction of being the only Georgian ever to have been elected to the state House, state Senate, U.S. House and U.S. Senate, and in 2016 he also became the first Georgia Republican ever to be elected to a third term in the U.S. Senate. 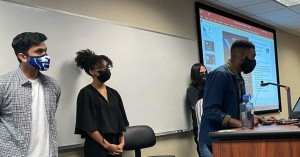 Kenna Simmons reports that the Georgia Fintech Academy, a unique partnership between the state’s fintech sector and the University System of Georgia, has a new permanent home at the J. Mack Robinson College of Business at Georgia State University. In a statement, Fintech Academy Executive Director Tommy Marshall said the move will further increase direct connections between fintech companies and universities across the state.

Michael E. Kanell reports, in a visit to the Port of Savannah Friday, Secretary of Transportation Pete Buttigieg promised to push initiatives that will ease two crucial bottlenecks in the supply chain: the shortage of truckers and the lack of capacity at the nation’s shipping terminals. “One of the reasons we are here is that we think that what the Georgia ports have done could be a model for other places around the country,” Buttigieg said during a press conference in Savannah.

Hunter Riggall reports that Chick-fil-A’s signature franchise model, customer service and charity work were some of the topics Dan Cathy, the company’s chairman, discussed at a chamber of commerce event this week. While the consistency of Chick-fil-A’s products is often cited as a reason for its huge popularity in the South, Cathy told the audience the company’s franchise model is the heart of its success.

Lauren McDonald reports that the Jekyll Island Authority has big plans to celebrate the 75th anniversary of the creation of the state park. Under acting Gov. M.E. Thompson, the state purchased Jekyll Island for $675,000 in 1947.

Mary Landers reports that Camden County Superior Court Judge Stephen G. Scarlett heard arguments Friday regarding the issuance of a temporary restraining order to prevent the county from buying the land for Spaceport Camden before voters can weigh in on the decision directly. Scarlett intends to rule on the matter next week.

Tricia Cumiskey reports that Gainesville residents, businesses and city officials say they are looking forward to the imminent completion of some $200 million in new development and infrastructure upgrades to the city’s historic downtown. A combination of public and private financing will bring new apartments, shops, restaurants, venues and higher education facilities to the area surrounding the Gainesville Square, as well as improved sidewalks and parking options.

Andy Miller reports that state officials have dropped their plan for limiting the hours of support allowed for more than 180 Georgians with severe medical or behavioral health needs. The Georgia Department of Community Health (DCH) had proposed the limits under a “waiver” proposal submitted to the federal government.

Nyamekye Daniel reports that Georgia was one of six states classified as having exemplary disclosure of its Coronavirus Relief Fund (CRF) spending, according to a new report on transparency in CRF spending. The CRF was established from the federal Coronavirus Aid, Relief and Economic Security (CARES) Act.

Dave Williams reports that a three-digit national mental health crisis hotline due to begin service next summer poses a mixed blessing for Georgia. The new 988 line is expected to more than double the number of Georgians who will reach out for help.

Politically Georgia: The life and legacy of Johnny Isakson

Greg Bluestein reports, it was the start of the 2016 campaign and the race for president was just heating up. So was U.S. Sen. Johnny Isakson’s bid for a third term. After months of hinting about it, the Rev. Raphael Warnock told his church that he wouldn’t challenge Isakson. That didn’t mean Isakson was in the clear.