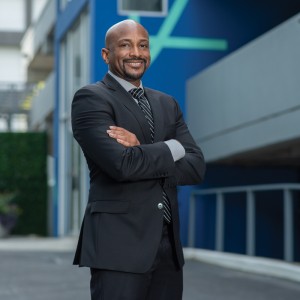 Decatur | Dekalb County: At Its Best

Anna Bentley reports, in the midst of a global pandemic, DeKalb County is having one of its best years yet. Some of it is thanks to proactive planning. DeKalb County CEO Michael Thurmond says he built the county’s 2019 annual budget on the Aesop fable The Ant and the Grasshopper, deciding to reduce the county’s spending to prepare for any challenges ahead.

Kelly Yamanouchi reports that Delta Air Lines is continuing its Atlanta-Johannesburg flights, even though the U.S. has imposed new restrictions on travel from southern African countries because of concerns about a new COVID-19 variant. Atlanta-based Delta operates three flights a week between Hartsfield-Jackson International Airport and Johannesburg.

Clark Leonard reports that Katherine Torres, ’21, has earned the Thomas R. Pickering Foreign Affairs Fellowship, becoming the first University of North Georgia (UNG) alumna to win the fellowship. She is one of 45 selections for the honor. Funded by the U.S. Department of State, the fellowship attracts and prepares outstanding young people for Foreign Service careers.

Public weighs in on $500M in proposed bonds for novel recycling plant in Macon. Most oppose it.

Grant Blankenship reports that opposition was almost universal Monday during a public hearing on the proposed issuance of half a billion dollars in tax exempt bonds for a Macon plant designed to turn plastics into diesel fuel and other hydrocarbon-rich materials. The Macon-Bibb County Industrial Authority would like to float $500 million in industrial revenue bonds for Brightmark, the company aiming to build the $680-million-dollar plant at 2300 Walden Road, and surrounding lots on Cochran Field Road, in south Bibb.

Charles Oliver reports that State Rep. Rick Jasperse, R-Jasper, admits he was a little disappointed at the new state House of Representatives and state Senate maps recently approved by the state legislature that await Gov. Brian Kemp’s approval. Jasperse has represented part of Murray County since he was first elected to the state House in 2010.

With infrastructure upgrades on the horizon in Georgia, suppliers face obstacles to keep up

Emil Moffat reports that Georgia is set to receive more than $9 billion in federal money to upgrade the state’s highways and bridges. Another $1.5 billion is slated to be spent on public transportation in the state.

Brian Robinson writes, a governor seeking reelection needs the solid support of his or her party. That’s always the case but particularly so in Georgia’s 2022 election, where a 50-50 electorate means this is anyone’s game.

Andy Miller reports that U.S. Rep. Carolyn Bourdeaux (D-Ga.) said Monday that the health insurance provisions in the social policy and climate change bill pending in Congress would be a “game changer’’ for Georgia. The $1.7 trillion legislative package, which recently passed the U.S. House, would offer coverage in the health insurance exchange for hundreds of thousands of Georgia residents caught in the “coverage gap.”

Nyamekye Daniel reports that Georgia lawmakers were told to spend the holiday break considering whether they would push legislation to increase their annual salaries. The Georgia Legislature ended its special session last week and will return to the state Capitol in January. Rep. Al Williams, D-Midway, told his colleagues in the House they should think about increasing their part-time base pay of $17,342 while they are out.

Jill Nolin reports that raw milk can only be sold in Georgia as a pet product, but there is growing concern about how much of that unpasteurized – and largely unregulated – milk is being sloshed into a glass for human consumption. A legislative study committee has taken up the issue and is mulling potential legislation that would allow raw milk to be sold for people in Georgia while creating state regulations and setting minimum standards for a product that can be vulnerable to harmful bacteria, such as e. coli, if not handled properly.

Patricia Murphy, Greg Bluestein and Tia Mitchell report that Gov. Brian Kemp still hasn’t signed into law the new political maps designed to preserve Republican control of the Legislature well into the decade and give the GOP control of an additional congressional seat. But expect a wave of litigation to immediately follow the moment the governor inks the legislation.