Gov. Kemp hints at historic deal with Rivian Automotive, rumored to be headed to Morgan County

Tia Lynn Ivey reports that Georgia Gov. Brian Kemp broke his silence Wednesday on a historic manufacturing deal nearing its final stages, rumored to result in a multibillion electric vehicle plant built in Morgan County near Rutledge. Kemp hinted that Rivian Automotive, an electric vehicle manufacturing company worth $100 billion, is on the verge of choosing the site for its second plant, noting that Georgia has recruited complimentary industries in recent years that aid a company like Rivian in producing top-of-the-line electric-powered vehicles. 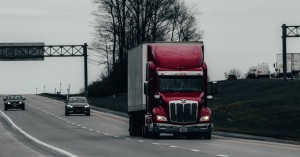 Plan ahead for Georgia Logistics Summit

Andy Peters and Kelly Yamanouchi report that travelers panicked, flights were delayed and passengers evacuated from one of Atlanta’s airport concourses on Saturday after a firearm was discharged at a security gate.

Taylor Beck reports that a five-year analysis of Environmental Protection Agency (EPA) modeling recently mapped out and published by nonprofit news company ProPublica shows that EtO emissions from Becton Dickinson & Co. in Covington added an estimated 1 in 1,100 excess lifetime cancer risk within the community — approximately 9.1 times the EPA’s acceptable risk. BD officials say the data used was outdated and not based on real air monitoring.

Staff reports that a site in Glynn County and a site in McIntosh County were named among the 10 Places in Peril by the Georgia Trust for Historic Preservation. Making the 2022 list were Good Shepherd Episcopal School in Brunswick and Thicket Ruins in Darien.

John Ruch reports that the City Council has given a thumbs-up to a deal that would give the former Gun Club Park in Northwest Atlanta to developer Brock Built in exchange for an unspecified number of affordable housing units, developed green space, and a small parcel of land the developer currently owns

Clare S. Richie reports that Afghan allies who evacuated after the Taliban takeover of Afghanistan have already started arriving to metro Atlanta to rebuild their lives, aided by resettlement agencies, nonprofits, the local Afghan community, and compassionate Atlantans. As of Nov. 12, the International Rescue Committee (IRC) in Atlanta had welcomed 350 Afghans, including pregnant women, babies, and young children.

Jeffrey Humphreys reports that Dalton’s economy took a big hit during the pandemic recession, losing 15% of its jobs. But it also recovered better than the country and the state.

Gordon Jackson reports that Camden County was recognized by the Georgia Economic Developers Association for “outstanding achievement in the location/expansion of business in Georgia” at its annual awards luncheon. Camden was recognized for convincing Plug Power to build a new $80 million facility that will create 40 jobs at an industrial park near Interstate 95 in Kingsland.

Dave Williams reports that Republicans have positioned themselves to keep control of the General Assembly and Georgia’s U.S. House delegation through the rest of this decade even though the state’s been increasingly friendly toward Democrats in recent years. New legislative maps Georgia lawmakers adopted during this month’s special redistricting session are likely to let minority Democrats gain half a dozen seats in the GOP-controlled state House of Representatives and pick up at least one seat in the Georgia Senate.

Tia Mitchell, Patricia Murphy and Greg Bluestein report that Georgia Republicans made it official Wednesday that their intent is to pass a new congressional map that gives them a better chance of taking back at least one seat from Democratic control. The AJC’s Mark Niesse and Maya T. Prabhu tell us the new lines make U.S. Rep. Lucy McBath’s 6th District seat “distinctly Republican” by removing parts of DeKalb and Fulton counties and adding in Forsyth, Cherokee and Dawson counties.