Staff reports that Georgia Labor Commissioner Mark Butler announced yesterday that Georgia’s unemployment rate dropped to 3.1 percent in October, the lowest rate in Georgia’s recorded history. The rate was down two-tenths from a revised 3.3 percent in September. 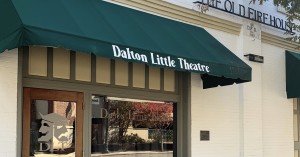 Mary Ann DeMuth reports that the Fox Theatre Institute (FTI) has awarded more than $250,000 in grants to nine Georgia theatres and performing arts centers. The grants will help these historic venues make repairs, proceed with restorations and shore-up operations after being closed during the COVID-19 pandemic.

Scott Trubey and Greg Bluestein report that after years of near-misses and stinging defeats, Georgia is on the cusp of winning an automobile factory for the first time since Kia Motors announced in 2006 it would build a plant in West Point near the Alabama border. Electric vehicle startup Rivian and state leaders are in deep negotiations for a site east of Atlanta along I-20 that would not only be transformative for Jasper, Morgan, Newton and Walton counties, but for the state’s auto industry as well.

Trevor Williams reports that Paris-based cloud communications provider Ringover is set to hire 50 people in metro Atlanta as it consolidates a U.S. hub in a city recently designated as a La French Tech hub. The company, founded in 2005 with a presence outside of France in the United Kingdom and Spain, will put its new office in Sandy Springs, hiring for roles in I.T., customer service, sales and more.

Staff reports that Rinnai America Corporation has been described as the anchor of the global company’s growth strategy and is delivering a dedicated investment in domestic manufacturing. Expanding capabilities with its soon-to-be-completed North American facility located at 500 The Lakes Parkway in Griffin, Rinnai is investing in product development for tankless water heaters, boilers, wall furnaces and more on U.S. soil.

Collin Kelley reports that the City of Atlanta and Atlanta BeltLine, Inc. were awarded a $16.46 million RAISE grant from the U.S. Department of Transportation (USDOT) for the construction of nearly two miles of the Southside Trail. The segment, which spans from Pittsburgh Yards in southwest Atlanta to Boulevard in the southeast, will be a big step for connecting the Westside and Eastside Trails.

Christy Simo reports that bioplastics company NANTRenewables is investing $29 million to build a manufacturing facility in Savannah at SeaPoint Industrial Terminal Complex and will create 134 jobs.

Richard Elliot reports that some West Cobb County residents were surprised to learn that under the newly-drawn Congressional District lines, controversial Republican lawmaker Marjorie Taylor Greene will represent them in Congress if she’s reelected next year. Others admitted they weren’t aware of who their current Congressman is so didn’t feel strongly enough either way to comment on the proposed changes.

Tim Darnell reports that a metro Atlanta legislator has prefiled a bill that could lead to the creation of what would become Georgia’s 10th largest city. State Sen. Brandon Beach, R-Alpharetta, prefiled Senate Bill 324 Thursday to let voters decide whether to create the new municipality of Buckhead City.

The Jolt: Idea to overhaul Gwinnett school board could go statewide