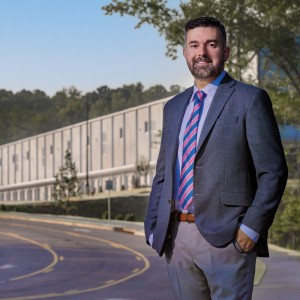 Recovering, Repairing and Ramping Up

Jennifer Hafer reports that more than 18 months after the pandemic shut down businesses across the nation as well as in Atlanta, the region’s community improvement districts (CIDs) are forging ahead, funding and implementing plans to improve mobility, safety and sense of place while attracting further investment. These self-taxing districts have also funded valuable services like COVID-19 testing and vaccine administration.

Andy Peters reports, after months of working at home, many employees may have decided they like or need the arrangement and want to keep it. But what happens if an employer denies that request? A new lawsuit in Georgia — the first of its kind in the U.S. — could partly answer that question.

Molly Samuel reports that a group of Georgia businesses is coming together to work on climate change. The project, called the Drawdown Georgia Business Compact, launches this month. The 15 founding members of the project are big and small companies in Georgia, including Coca-Cola, Delta Air Lines, Norfolk Southern and Goodr, which is a local company working on hunger and food waste.

Dave Williams reports that Georgia’s high-school graduation rate remained steady this year despite the impacts of the coronavirus pandemic. The Peach State posted a graduation rate of 83.7% for the 2020-2021 school term, down slightly from the 83.8% rate achieved during the previous term, the Georgia Department of Education reported Thursday.

Gordon Jackson reports that studies in Brunswick associated with different initiatives designed to improve the community have been conducted over the years, with most of them collecting dust on a bookshelf. Forward Brunswick, an organization created two years ago to inspire community commitment and raise resources to help the city with revitalization projects, has reviewed 13 such studies.

Staff reports that Wellstar Health System was awarded $1 million for telehealth from the Federal Communications Commission, the FCC announced Thursday. 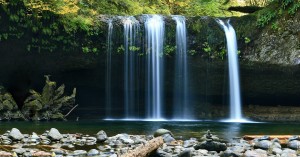 Mary Ann DeMuth reports that the Georgia Water Coalition has chosen its Clean 13 water heroes for 2021. The list recognizes individuals, businesses, industries, non-profits and government agencies that have made extraordinary efforts to make the state’s rivers cleaner and the future more sustainable for Georgians.

Trevor Williams reports that entrepreneur Joe Gebbia, Jr., the co-founder of home-sharing platform Airbnb, made a homecoming of his own this week, speaking at the Hope Global Forum in downtown Atlanta about efforts to use privilege — and the multibillion dollar company he founded — to benefit the world.

Larry Hobbs reports that extensive underside damage to the final chunk of shipwreck in the St. Simons Sound will require considerable alterations to the dry dock barge that will haul it away, extending by at least “several days” the removal of the last visible vestige of the Golden Ray in the waters between Jekyll and St. Simons islands, Unified Command said Thursday.

Stephen Fowler reports that Democrats in the Georgia legislature have released a proposed congressional redistricting map that would give the party equal representation in the U.S. House. Currently, eight Republicans and six Democrats serve, and this map would be evenly split at seven.

Ross Williams reports that Georgia lawmakers are set to convene under the Gold Dome in January for the 2022 General Assembly, and that means a second chance for bills that did not cross the finish line this year. Immigration rights activists are hoping a proposed law that would allow Georgia’s so-called Dreamers — recipients of the Obama-era Deferred Action for Childhood Arrivals — to pay tuition rates more in line with other Georgia students will get a second look from the legislature in 2022.

Tia Mitchell, Patricia Murphy and Greg Bluestein report, we’ve never seen anything quite like it: Less than two weeks before the election for Atlanta mayor, the Atlanta NAACP released a scathing statement with a “rare repudiation” of front-runner Kasim Reed. The statement, signed by president Richard Rose, amounts to a laundry list of complaints about the former mayor’s two terms in office.