Staff reports that the Office of the Governor and the Georgia Historical Society (GHS) announced that Dan Cathy, Chairman and CEO of Chick-fil-A, and Shirley Franklin, former Mayor of Atlanta and civic leader, will be inducted by the Georgia Historical Society and Governor Brian Kemp as the newest Georgia Trustees on Saturday, April 30, 2022, at the Trustees Gala in Savannah. It is the highest honor the State of Georgia can confer. 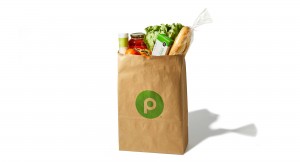 Julia Robert reports that the largest employee-owned grocery chain in the United States, Publix employs 225,000 workers and has a proud 90-year history serving communities in Florida, Georgia, Alabama, South Carolina, North Carolina, Virginia, and Tennessee, now with over 1200 locations. Publix has recently partnered with Instacart to make it even easier to get fresh groceries directly to its customers.

Matt Kempner reports that Georgia’s biggest companies recently began publicly disclosing what had been closely guarded secrets: details on the racial makeup of their U.S. workforces, including management. The revelations show metro Atlanta’s public corporate powerhouses, from Coca-Cola to Home Depot, generally get whiter higher up the management ladder.

Drew Favakeh reports that Inspiritus, one of the resettlement agencies contracted with the U.S. Department of State to aid asylum seekers, is coordinating the relocation of at least 20 Afghan refugee families to Savannah after the United States withdrew military forces from Afghanistan last month, following a costly two-decade war and leaving 64,000 Afghan people seeking refuge. 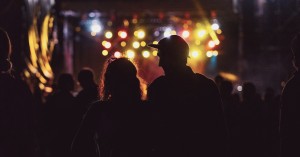 Rockin’ for a cause

Mary Ann DeMuth reports that the fifth annual outdoor music festival, Sheila Fest, will be held next weekend, Oct. 16, at the master-planned community Traditions of Braselton. The public is invited to come out and enjoy a variety of local band performances beginning at noon on Saturday.

Lauren McDonald reports that a local effort to create a community resource center in Brunswick that will serve the community’s most vulnerable families received a significant show of support last week. The Rise Risley initiative, led by Coastal Georgia Area Community Action Authority and supported by numerous groups and volunteers, will receive a $100,000 grant through USA Today Network’s “A Community Thrives” program.

Emil Moffat reports that the bipartisan federal infrastructure bill under consideration in the U.S. House could mean billions of dollars for electric school buses. A sizeable federal investment is likely the only way districts in Georgia could afford them.

Riley Bunch reports, with less than a month before Atlanta’s municipal elections, candidates face the task of swinging undecided voters who, polls show, have a dim view of the city’s future. In a flurry of forums this week, candidates for the top political seat in the city answered questions on topics like how they would combat crime, create affordable housing, bolster public transit and handle the growing Buckhead secession movement.

Marc Caputo reports that Donald Trump never wastes an opportunity to attack Georgia’s top statewide Republican officeholders for failing to help him overturn the 2020 election results in the key swing state. Brad Raffensperger is the only one who refuses to shut up and take it.

Dave Williams reports, while the General Assembly gears up for next month’s once-a-decade redrawing of Georgia’s legislative and congressional district maps, lawmakers also will soon renew a much more frequent debate over legalized gambling. Bills that could lead to casinos, pari-mutuel betting on horse racing and/or sports betting in the Peach State will be on the table when the 2022 legislative session convenes in January for the second year of a two-year term.

Herschel Walker off to $3.7M fundraising start in 2022 Senate race

Greg Bluestein reports that Republican Herschel Walker has raised $3.7 million since launching his campaign for U.S. Senate about five weeks ago, as GOP donors came off the sidelines to support the former Georgia football star. Walker’s campaign said Monday that it amassed the contributions from nearly 50,000 donors in all 50 states after he entered the race against Democratic U.S. Sen. Raphael Warnock on Aug. 24.