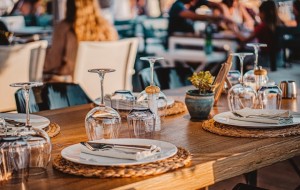 Photo by Carlos Lindner on Unsplash

Sucheta Rawal reports, whether it is a childhood memory, a family reunion or a first date relived, we all have a special place for a specific dish or a restaurant. This month, I spoke to four elected officials from Georgia about their favorite food memories.

Survey: Satisfaction with airports fell as traffic returned this year

Kelly Yamanouchi reports that the return of travelers to airport terminals earlier this year also brought the return of crowds, lines and frustrations. And the summertime spike in traffic at airports across the country after the rollout of COVID-19 vaccines coincided with a labor shortage, worsening many travelers’ experiences.

Trevor Williams reports that the Biden administration’s announcement that will open U.S. borders to vaccinated international travelers starting in November is a welcome sign that the “last step” toward recovery is soon to be taken, Delta Air Lines CEO Ed Bastian said Tuesday in Atlanta.

Lauren McDonald reports that the Jekyll Island Authority took a step forward Tuesday in the process of updating the island’s master plan. The board of the JIA was presented with a final draft of the 2021 master plan update at its monthly meeting and voted unanimously to send the proposed update to numerous state officials. This action precedes potential adoption of the plan later this year.

Businesses need to be preparing themselves and their workers for the future economy, says Georgia chamber president

Larry Stanford reports that businesses in Georgia need to focus on providing upgraded job skills to current and future employees and change the way they do business if they hope to not only keep up with future trends, but combat China’s plan to dominate the global economy, according to Georgia Chamber of Commerce President Chris Clark.

Allison Floyd reports that a decade ago, University of Georgia plant scientists David and Soraya Bertioli were living and working in Brazil when they began to wonder about peanut plants they encountered in different corners of the world with an astounding ability to withstand fungal diseases without the use of fungicides. The Bertiolis wondered if these different plants might all have something in common.

Brian Robinson writes, recent elections prove that no state is closer to political parity than today’s Georgia. Democrats have closed the gap with Republicans statewide, winning the state’s Electoral College votes, both U.S. Senate seats and a congressional seat in the 2020 cycle. In the 2022 statewide elections, Democrats have a chance to end the GOP dominance of those offices that has held firm for more than a decade.

Almost every Macon state, federal legislative district will soon change. What to know

Jenna Eason reports, in 2020, more than half of the people running for the Georgia General Assembly ran unopposed, according to a state voting rights group. In local races, that number rose to more than three-fourths, said Susannah Scott, president of the League of Women Voters of Georgia, Inc.

Stanley Dunlap reports that U.S. Senate candidate Herschel Walker is expected to be a major attraction Saturday with his recent ringing endorsement from former President Donald Trump as the two attend a “Save America” rally at the Georgia National Fairgrounds in Perry. In the last year, Walker has emerged as a prominent Republican supporting Trump’s unsubstantiated claim that widespread illegal voting and other election irregularities cost Trump the White House in November.

Tara Subramaniam reports, more than 10 months after the 2020 election, former President Donald Trump is still trying to claim victory in Georgia, a state that flipped from Trump in 2016 to Biden in 2020. Since just days after he lost, Trump has been tossing out debunked conspiracy theories over the election in Georgia, including in a now-notorious call with Georgia’s Secretary of State Brad Raffensperger and staff.

Claire Simms reports that Georgia Gov. Brian Kemp spoke exclusively to FOX 5 after signing onto a letter by more than two dozen Republican governors to request a meeting with President Joe Biden about the crisis at the U.S. border. “The current policies are not working and it needs to be changed and I’m hopeful they’ll take the meeting,” said Gov. Kemp.

Tim Darnell reports that abortion-rights advocates in the General Assembly have opened up a new front. Fifty-eight Georgia lawmakers signed onto a “friend of the court” – or amicus – brief filed on Monday in a case before the U.S. Supreme Court involving an abortion law in Mississippi.

Greg Bluestein reports that a veteran Democratic insider with a background in cybersecurity launched a bid Tuesday to become Georgia’s top election official, promising to transform the secretary of state’s office into a force that can help businesses and county staffers counter new threats. Michael Owens, a former Cobb County Democratic chair, framed himself as the only candidate with the mix of experience and political knowhow to flip the seat held by Republican Secretary of State Brad Raffensperger.