Ross Williams reports that Georgia Public Health Commissioner Dr. Kathleen Toomey shared a frank and disturbing snapshot of the spread of COVID-19 in the state Monday. “We are, as I’ve mentioned before, a little behind some of our other southern states where we are with the delta surge, and this is indeed a delta surge,” she told reporters at the Capitol. 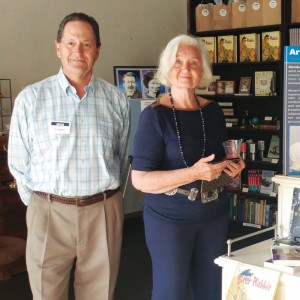 Candice Dyer reports, about seven years ago, the Putnam County region lost some of its major employers. Looking for ways to boost the economy, community leaders recalled the poetry and prose that seemed to spring from the piedmont.

Kelly Yamanouchi reports that the air travel recovery is in danger of stalling. Hopes for a rebound in international and business travel took a hit Monday when the European Union recommended reinstating restrictions on non-essential travel from the United States.

1,000 home subdivision in the works off Pleasant Valley Road

Diane Wagner reports that Atlanta-based development firm is planning a new subdivision on 264 acres off Pleasant Valley Road in Rome. The proposed Pleasant Valley Preserve would put 1,018 single-family homes on the undeveloped acreage north of the Silver Creek community.

Jill Nolin reports that officials with the state Department of Behavioral Health and Developmental Disabilities say the agency is feeling the squeeze as more people turn to their services and a pandemic-weary work force eyes lower-stress, higher-paid opportunities elsewhere. But even so, the state agency will submit a spending plan for next year to the governor that – as requested – will include no increased spending.

Andy Miller reports, adding a new incentive for Georgia teachers and state employees to get vaccinated is among several moves Gov. Brian Kemp announced Monday to combat the recent relentless wave of Covid. About 325,000 State Health Benefit Plan (SHBP) members are eligible for the incentive, Kemp said at a press conference.

Loran Smith writes, one of Georgia’s newest residents is among the most famous sports personalities in the country: A man who has a resumé brimming with accolades, accomplishments and records (and four Super Bowl rings), not to mention membership in both the College and National Football League halls of fame.

Nyamekye Daniel reports that Georgia has disbursed only $21.3 million of the $989 million in Emergency Rental Assistance program money the state has been allotted from the federal government, officials said. The state’s rental assistance funding does not include aid counties or cities with more than 200,000 people received directly from the U.S. Treasury for their rental assistance programs.

Justin Gray reports that lawmakers met at the State Capitol on Monday to talk about redistricting. Leadership told Channel 2 investigative reporter Justin Gray that we should expect a special legislative session in November, but lawmakers have already held 11 public meetings around the state on redistricting.

Dave Williams reports that the new congressional and legislative district maps the General Assembly will draw this fall should reflect the tremendous growth of minority groups in Georgia, representatives of civil rights and voting rights groups said Monday. The state’s Black, Hispanic and Asian-American populations increased by double digits during the last decade, while Georgia’s white population declined by 1%, Christopher Bruce, policy director for the American Civil Liberties Union of Georgia, told members of the state House and Senate committees overseeing redistricting.