Jobs Increase Over the Month in Every MSA

Staff reports that the Georgia Department of Labor (GDOL) announced today that the number of jobs and employment numbers were up in every metropolitan statistical area (MSA) from February to March of 2021. The unemployment rate was down over the month in every MSA. 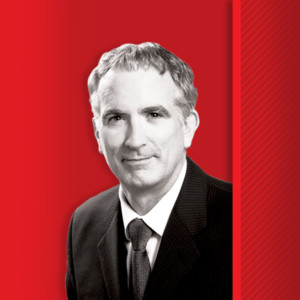 Jeffrey Humphreys reports, while the COVID-19 pandemic seriously damaged Georgia’s economy last year, the state fared better than the nation, and many forces are at work that will sustain economic recovery throughout 2021. In fact, the forecast calls for Georgia’s inflation-adjusted gross domestic product (GDP) to increase by 4% this year, which compares favorably to 2020’s estimated 3.7% decline in GDP.

Kelly Yamanouchi reports that a former Delta Connection and United Express carrier that shut down operations last year is seeking to return as a small independent airline flying to underserved communities. ExpressJet, formerly known as Atlantic Southeast Airlines or ASA, was a Delta Connection carrier for decades.

David Pendered reports that the consumer reach of Coca-Cola’s largest bottler will nearly double through the European bottler’s acquisition of an Australian bottler that sells alcoholic beverages and has access to growth markets in Asia and Indonesia, a bond rating company reported Monday. The Atlanta-based Coca-Cola Co. owns 30.8% of the Australian bottler, CCA, that’s being acquired by the European bottler, CCEP, according to a report by Moody’s Investors Service.

Trevor Williams reports that Atlanta has been named a “French Tech” hub, a designation boosters say will put the city on the map for startups looking to expand from France to North America. France’s Ministry of Economy, Finance and Recovery announced the seal of approval in a batch with seven other locales that applied, including Chicago in the U.S., the nation of Australia and the Turkish commercial center of Istanbul.

Andy Miller reports that Atlanta’s air quality has improved, but the city still was given a failing grade for ozone pollution in the latest American Lung Association “State of the Air’’ report. The annual report card tracks exposure to unhealthful levels of particle pollution (also known as soot) and ozone (smog) over a three-year period.

State Has Questions About Mining Plan Near Okefenokee

Molly Samuel reports that the state of Georgia is asking for more information about a controversial mine proposed near the Okefenokee Swamp. The titanium dioxide mine has support from Charlton County officials interested in the possibility of jobs, but environmentalists are pushing back, concerned about effects to the swamp.

Mary Ann DeMuth reports that the Community Foundation of Central Georgia (CFCG) public charity is awarding $600,000 in grants to 32 nonprofits across the region. The funds will assist organizations addressing the most urgent needs and opportunities in Central Georgia communities, including challenges arising from the ongoing COVID-19 pandemic.

Beau Evans reports that Gov. Brian Kemp has signed into law several bills on taxes, time change and teacher retention that the General Assembly passed in the 2021 legislative session. Among the more high-profile measures Kemp signed at a ceremony in Savannah Wednesday is an income-tax credit to recruit and retain teachers for high-need subjects in underserved Georgia public schools.

Stephen Fowler reports that a new analysis of demographic data from Georgia’s November and January elections confirms a larger decline in white rural turnout led to Democrats flipping both U.S. Senate seats, one of the biggest challenges the GOP must tackle ahead of 2022. After a record-setting November 2020 general election that saw more than five million Georgians cast their ballots, enthusiasm remained high for the Jan. 5 runoff with nearly 4.5 million votes.

Patricia Murphy, Greg Bluestein and Tia Mitchell report that former the Bulldog great Herschel Walker is still making noise about a U.S. Senate bid, floating the possibility of a campaign against Democrat Raphael Warnock to a growing number of media outlets while refusing to offer specifics. Let’s unpack what we know, and what we don’t know, about Walker’s potential run.