Martha Dalton reports, it’s testing time for kids in Georgia’s public schools. But this year, no students will have to sharpen their number two pencils to take the Georgia Milestones. The state-issued standardized test is 100 percent online this year. 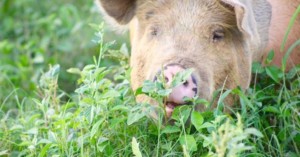 Mary Ann DeMuth reports that Thompson Farms, which raises pigs west of Valdosta in Brooks County, recently received a Whole Foods Market Supplier Award for Raising the Bar for Quality for its dedication to animal welfare and quality standards. On the 550-acre farm, pigs spend their entire lives on pasture and a USDA-inspected processing plant is on the premises, so the animals are never transported away from the farm.

Matt Kempner reports, for years, utility giant Southern Company treated proposed government climate-change regulations like they were teetering trees threatening power lines. CEO Tom Fanning even rejected overwhelming scientific understanding in 2017 when he said on CNBC it “certainly” wasn’t proven that carbon dioxide, a pollutant that spews from some of the company’s power plants, is the primary driver of climate change.

More money requested as Augusta battles to save Lock and Dam

Tom Corwin reports that Augusta has already spent much more than the $45,000 it allotted to put together a critique of the plan for New Savannah Bluff Lock and Dam but the city has built a strong case to negotiate a better alternative with the U.S. Army Corps of Engineers, a city official said. Augusta’s battle to save New Savannah Bluff Lock and Dam needs more funding, but the city has already laid out a strong case against the recommendation of the U.S. Army Corps of Engineers and hopes to begin negotiations soon on an alternative, a city official said.

Maria Saporta reports, for nearly five years, the city of Atlanta has been in a legal battle with Clark Atlanta University over the ownership rights of nearly 13 acres of land in the heart of Westside community. On April 18, the two sides lay down their arms and agreed to a settlement where the city agreed to pay $750,000 in legal fees that CAU had incurred due to the litigation (in which CAU won every case).

Staff reports that attorney and former Congressman John Barrow announced Monday his candidacy for the seat on the Georgia Supreme Court currently held by retiring Justice Robert Benham. The nonpartisan election will take place at the same time as next year’s general primary election, on May 19. “An appellate court depends on the combined experience of its judges to arrive at decisions that are fair and just,” Barrow said in a news release announcing his plans.

Katheryn Tucker reports that Georgia Supreme Court Justice Robert Benham said for the first time officially Friday that he will retire at the end of his current term, leaving his seat open in 2020. Also Friday, Georgia Court of Appeals Judge Sara Doyle said she plans to run for the job. Both developments are historic for the court. Justice Robert Benham is the longest-serving member, and the first African American to join the court. Judge Sara Doyle, if elected, would bring the number of women on the court up to two.

Krista Reece reports, “Lawton had a vision,” says Canyon Grill Executive Chef and General Manager Kevin Dunlap. “He would have closed the doors rather than dilute it. That’s why we’re celebrating our 23rd year.” Dunlap is describing the unlikely – you might even say cloud-cuckoo-land crazy – business model of a restaurant that, on paper, should never have worked.

Ricky Leroux reports that Gov. Brian Kemp signed three bills written by Cobb lawmakers over the weekend that addressed drones being flown over prisons, checking driver’s licenses of bus drivers and law enforcement officials breaking into a hot car to save a pet. Kemp signed those three bills and others at an event in Savannah on Sunday.

Greg Bluestein reports that Stacey Abrams has informed national Democratic leaders she won’t run for the U.S. Senate in 2020, according to several people with direct knowledge of the discussion. The decision not to challenge Republican U.S. Sen. David Perdue follows months of speculation about the Democrat’s next political step after her narrow loss in last year’s race for governor.

There are no upcoming events to display at this time.