Stanley Dunlap reports that the Southern Environmental Law Center is suing the U.S. Army Corps of Engineers for removing federal wetlands protections on 600 acres where Twin Pines Minerals is awaiting permission from Georgia’s Environmental Protection Division to begin mining heavy metals at the doorstep of the largest blackwater swamp in the nation. 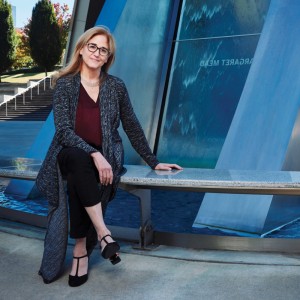 Inspirational Stories: Jill Savitt, president and CEO of the National Center for Civil and Human Rights in Atlanta
Photo: MattOdomPhotography.com

Kenna Simmons reports that Atlanta’s National Center for Civil and Human Rights is well more than halfway toward its capital campaign goal of $50 million that will add two wings to the downtown building. The Center broke ground on the new additions in October; construction will begin in January and be done by June 2024, the 10th anniversary of the Center.

Kelly Yamanouchi reports that the Arthur M. Blank Family Foundation is sharpening the focus of its efforts to rejuvenate the Atlanta’s Westside, zeroing in on affordable housing and financial security. The foundation this week announced some $2.4 million in grants to organizations on the city’s Westside, including funding to build new affordable homes, provide legal assistance to renters and support for home ownership and workforce development programs.

Staff reports that the Georgia Department of Community Affairs (DCA) recently announced that it will award $27,980,800 in 9% Housing Tax Credits to construct or preserve twenty-eight (28) affordable rental housing developments. Once complete, the properties will provide below-market rents to families, seniors, and persons requiring supportive housing.

Gordon Jackson reports that the National Park Service has released a proposed visitor use plan for Cumberland Island National Seashore. A virtual public meeting was held Thursday where officials summarized the 270-page plan that includes a proposal to more than double the number of daily visitors allowed on the barrier island.

David Crowder reports that some refer to microtransit as “government Uber.” It involves the operation of small-scale, on-demand public transit services that can offer fixed routes and schedules, as well as flexible routes and on-demand scheduling, usually through the use of a phone app.

Why neither Warnock nor Walker won U.S. Senate race outright

Abraham Kenmore reports, in the Nov. 8 midterm elections, Sen. Raphael Warnock edged out Herschel Walker in the vote count for a U.S. Senate seat, but Libertarian Chase Oliver took 2% of the vote – enough to keep either candidate from a majority. Because neither major party candidate managed to claim a majority, a Georgia U.S. Senate seat will be decided by runoff for the third time in two years, with voters returning to the polls Dec. 6.

Path cleared for Georgia to launch work requirements for Medicaid

Andy Miller and Sam Whitehead report that Georgia is set to become the only state to have work requirements for Medicaid coverage. Republican Gov. Brian Kemp’s reelection — and a surprising Biden administration decision not to appeal a federal court ruling — have freed the state to introduce its plan that would allow for a limited increase in the pool of low-income residents eligible for Medicaid.

Patty Durand relishes a good debate. The consumer energy advocate expected to have plenty of them after she announced her candidacy for a seat on the Georgia Public Service Commission in 2021, running against Tim Echols.

‘We cannot rest on our laurels’: Kemp aims to boost Walker in Senate runoff

Greg Bluestein reports that Gov. Brian Kemp on Saturday campaigned for the first time with Republican U.S. Senate hopeful Herschel Walker, the most significant effort yet to persuade voters who backed both the governor and Democratic U.S. Sen. Raphael Warnock to return to the GOP fold for the runoff.