Hank Rowland reports that NOAA will review the thousands of comments it received before deciding on changes to federal rules aimed at bolstering protection of North Atlantic right whales. It will likely be months before a decision is announced, a spokesperson for the National Oceanic and Atmospheric Administration indicated Tuesday. 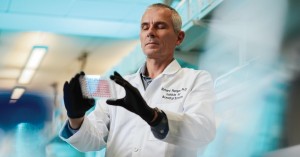 Kenna Simmons reports, when it was announced in October that the Georgia Clinical & Translational Science Alliance (CTSA), a group of Georgia universities, had received a $58.6 million grant from the National Institutes of Health to continue to improve the health of the state’s residents, it was a big announcement: The grant was the largest since the consortium – consisting of Emory University, Morehouse School of Medicine, Georgia Tech and the University of Georgia, plus partners including Children’s Healthcare of Atlanta – was formed in 2007.

Emily Garcia reports that EnviroSpark, an electric vehicle (EV) charging company, announced Tuesday that construction is under way on three charging station projects to be placed at the Georgia Aquarium, Atlanta Humane Society and Woodruff Arts Center, in partnership with their nonprofit organizations. Georgia-based EnviroSpark plans to install, manage and maintain the chargers at no cost to the organizations.

Nancy Guan reports that the City of Port Wentworth is considering redrawing its district lines after decennial census data showed significant growth within the municipality. Since 2010, the city saw its population more than double from around 5,300 to nearly 12,000 people, making it one of the fastest growing cities in Georgia.

Staff reports that GreyStone Power Corporation, which serves portions of south Cobb County, is launching a pilot project to provide access to high-speed internet to over 5,000 unserved and underserved locations within its service area. The pilot project’s proposed route is expected to provide broadband access to members in areas of southern Fulton County, southern Douglas County, portions of eastern Carroll County and a small section of southern Paulding County.

Walton EMC’s Operation Round Up donates $174,000 to community charities

Staff reports that tens of thousands of Walton Electric Membership Corporation customer-owners are helping local charities with their spare change by allowing the cooperative to round up their electric bill to the next dollar. In turn, that empowers the Operation Round Up program to help local charities when they need it most. In the most recent distributions, $174,037 aided worthy organizations and needy individuals throughout the utility’s 10-county service area.

Georgia Department of Transportation awarded $91.4M in projects for September

T.A. DeFeo reports that the Georgia Department of Transportation awarded more than $91.4 million for 22 projects in September, officials said. Nearly half (47.8%) went to bridge projects, while about a third (31.8%) went to resurfacing projects.

Dave Williams reports that representatives of convenience stores asked Georgia lawmakers Wednesday to ensure the electric vehicle charging stations they build in the coming years can compete fairly with those owned by utilities. The General Assembly’s Joint Study Committee on the Electrification of Transportation is due by Dec. 1 to recommend legislation to be considered during the 2023 session starting in January.

Maris Lutz reports, when the state commission that regulates utilities meets for a public hearing next week to consider a rate hike for Georgia Power customers, one group could be asked to leave the room: the public itself. That’s because the Public Service Commission (PSC), an elected body, revised its rules over the summer to empower commissioners to remove members of the public from meetings for no reason.