Jason Braverman reports, according to the United States Geological Survey, a 2.3 magnitude earthquake occurred at 3:33 a.m. about nine miles north of Milledgeville in central Georgia. The earthquake was very shallow and showed a depth of zero miles, data from the USGS showed. 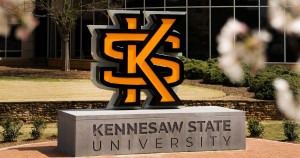 Best in the (music) business

Kenna Simmons reports, you hear about MBA programs all the time. What about an MEBUS? That stands for music and entertainment business program, and Kennesaw State University’s is one of the best in the world.

J. Scott Trubey reports, the state of Georgia and a development authority overseeing the site of the future Rivian electric vehicle plant announced Friday they filed a notice that they will appeal a local judge’s ruling that struck down property tax breaks for the $5 billion factory. In a September ruling, Ocmulgee Judicial Circuit Chief Judge Brenda Holbert Trammell declined to validate bonds at the center of the incentive package.

T.A. DeFeo reports that inflation is driving up the cost of road projects in Georgia, with some project bids more than 40% higher than projected. As a result, Georgia Department of Transportation officials have rejected some high bids and deferred resurfacing projects for the last six months.

John Ruch reports that Zoo Atlanta has dropped its new weapons ban following a challenge by a gun rights activist. The ban was repealed on Oct. 28, the day after SaportaReport confirmed the zoo’s operating agreement appears to legally prevent it from banning guns under Supreme Court of Georgia precedent.

Taylor Cooper reports that St. Mark’s Towers will be getting a $6 million upgrade courtesy of the state Department of Community Affairs and the city of Brunswick. According to a Thursday press release from the city of Brunswick, the DCA awarded the $6 million grant to pay for repairs and window replacement in an effort to bring the senior independent living apartments on U.S. 17 up to hurricane standards.

Marc Weiszer reports that will be private funeral services for Vince Dooley, the former Georgia football coach and athletic director who died Friday at age 90. A public celebration of the College Football Hall of Famer inductee’s life will be held at a later date, according an obituary shared by UGA early Sunday. Bernstein Funeral Home is in charge of arrangements.

See who is voting early in Georgia’s 2022 election

Stephen Fowler reports that Georgia voters are casting their ballots early in record numbers for a midterm election as in-person early voting continues. As of Saturday, Oct. 29, more than 1.63 million people voted by mail or in person.

Ariana Figueroa reports that all eyes are on the Peach State, which turned blue in 2020, giving a win to President Joe Biden as well as a slim U.S. Senate majority to Democrats after a runoff two months later. Again in 2022, with Warnock seeking  reelection against Republican Herschel Walker, Georgia is a battleground for the U.S. Senate, along with close races in Arizona, Nevada, Ohio, New Hampshire, Pennsylvania, and Wisconsin.

Dave Williams reports that abortion and guns took up much of the time Sunday night in the second and final debate of the fall campaign between Republican Gov. Brian Kemp and Democratic challenger Stacey Abrams. Abrams vowed to repeal the “heartbeat bill” if she is elected governor.

The Jolt: Kemp tells of first lady’s miscarriage in debate against Abrams

Patricia Murphy, Greg Bluestein and Tia Mitchell report that the second and final faceoff between Gov. Brian Kemp and Democratic nominee Stacey Abrams featured an extended debate over the hot-button issue of abortion. Kemp signed the 2019 law that bans most abortions in Georgia after fetal cardiac activity has been detected.