T.A. DeFeo reports that Georgia Gov. Brian Kemp has extended the suspension of the state’s collection of taxes on motor and locomotive fuel. The governor also extended the supply chain state of emergency. Both orders will be effective through Nov. 11, shortly after the election. 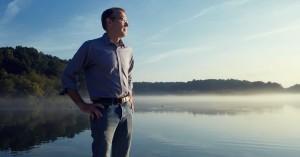 Kenna Simmons reports, thirty years ago, the ‘Hooch was in trouble. A heavy rain in metro Atlanta would cause raw sewage to gush into the water; The Atlanta Journal Constitution pulled no punches when it described the Chattahoochee River as choked with human filth.

Drew Kann reports that Georgia Power will pay $76 million to settle a cost-sharing dispute with a co-owner of the new nuclear reactors under construction at Plant Vogtle near Augusta, putting an end to one of several disagreements tied to the project’s still rising price tag. The settlement with the Municipal Electric Authority of Georgia (MEAG Power), which represents dozens of community electric utilities and is one of four partners in the new Vogtle reactors, was announced Friday.

Safety net hospitals in Georgia are at risk. Atlanta Medical Center is just the latest example

Sofi Gratas reports, a stone’s throw away from Grady Memorial Hospital and Emory University Hospital Midtown, AMC is a safety net hospital, meaning more than 10% of its patient load can’t afford to pay for care. More than 20% of its patients rely on federal health insurance.

PAM Studios’ CEO among 50 Most Influential Latinos in Georgia

Staff reports that PAM Studios CEO Maria Guerra-Stoll was named one of the 50 Most Influential Latinos in Georgia this week by the Georgia Hispanic Chamber of Commerce. Guerra-Stoll heads Atlanta-based PAM (Playa Azul Media) Studios, LLC, and Rome PAM Studios, the first Latina-owned production company in the state.

This business used by healthcare companies plans to open in Gainesville

Brian Wellmeier reports that Clean Space, a company used by healthcare and pharmaceutical businesses for storage, is opening a 60,000 square foot manufacturing plant and warehouse in Flowery Branch. Vice President of Sales Jennifer Biro said the company – ranked a top-growing company in the greater Philadelphia area by the Philadelphia Business Journal – specializes in climate and humidity control for products ranging from pharmaceuticals to electronics.

Eden Turner reports, based on worldwide community reviews aggregated over the past year, TripAdvisor announced the highest-reviewed restaurants of Traveler’s Choice 2022: The Best of the Best. While a total of four Georgia restaurants were listed, two eateries based in the Savannah area took the cake.

Joe Hotchkiss reports that a charity wants to turn tiny houses in Augusta into tiny homes for teens who have outgrown the child welfare system.  “We want to create better outcomes by putting them in a safe community,” said Jackson Drumgoole, founder of the nonprofit Drumgoole Family Initiatives.

Ross Williams reports that the major party candidates running for Georgia’s top elected positions have become household names, but when voters enter their polling places next month, they will encounter some names that have not been blaring from their TV speakers or plastered across their social media feeds. The Libertarian Party of Georgia is fielding candidates for senator, governor, lieutenant governor, secretary of state, attorney general, commissioner of agriculture and commissioner of labor.

Eric Bradner reports that Herschel Walker, the Republican nominee in Georgia’s Senate race, on Monday said a report that he paid for an abortion more than a decade ago was a “flat-out lie” and a “repugnant hatchet job.” Walker’s denial came shortly after the Daily Beast reported he had paid for a woman’s abortion after the two conceived a child while they were dating in 2009.

Greg Bluestein reports that Democratic U.S. Sen. Raphael Warnock continued a staggering fundraising pace by collecting an additional $26.3 million in the latest three-month reporting period, and his campaign said Monday that it will end the quarter with roughly $13.7 million in the bank for his reelection bid.