Stanley Dunlap reports that Kia’s assembly plant in West Point opened in 2008 with more than enough workers available to produce the first cars. Now, it’s become much harder to fill the 500 new jobs needed to get a new compact SUV off the assembly line. 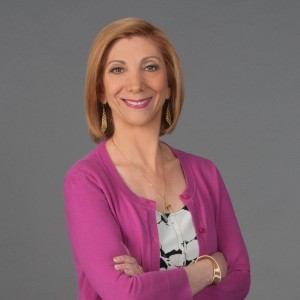 Catching Up With … Nadine J. Kaslow

Karen Kirkpatrick reports on Nadine J. Kaslow, founder and director of Nia Project at Grady Hospital in Atlanta discusses the behavioral health program for Black women who have experienced interpersonal violence and thought about suicide.

Staff reports that a judge shot down a key part of the $1.5 billion incentive package offered to Rivian automotive. The court ruling says a local development authority failed to establish that bonds at the heart of the project are reasonable.

Staff reports that Wellstar Health System says it will close the emergency room at Atlanta Medical Center by Friday, Oct. 14, a full two weeks ahead of the scheduled closure of the hospital on Nov. 1. The company said in a news release that by “safely winding down services at the AMC Emergency Department” it can reduce the number of patients who may need to transfer out of the hospital by the time it closes in November.

Berndt Peterson reports that one of the nation’s top spinal cord and brain injury hospitals right here in Atlanta is in for a major expansion that should allow it to help even more people. The Buckhead expansion is the largest Shepherd Center has ever taken on. The expansion comes at $350 million, featuring huge donations from none other than Atlanta Falcons owner Arthur Blank and his Home Depot co-founder Bernie Marcus. 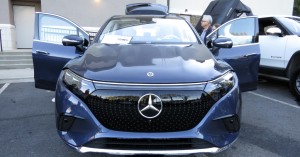 Driving into the future

Kenna Simmons reports, if you missed the largest electric-vehicle (EV) car show in Georgia – it was last weekend in Peachtree Corners – don’t despair. You may not be able to see the latest luxury EVs like the Ford Lightning, Rivian R1T, Revero, Audi E-tron. GMC Hummer, Porsche Taycan and Jaguar I-Pace all in one place, but you can still catch a ride on an EV in Peachtree Corners, Monday through Friday.

Jake Busch reports that tourism and hospitality is responsible for 35,000 jobs and an economic impact of $3 billion in Cobb County, according to Tyler Reinagel, Kennesaw State University’s associate vice president of economic development. Reinagel shared those statistics at KSU’s first of four community-focused forums meant to demonstrate Cobb’s impact to Georgia’s tourism industry.

Gordon Jackson reports that St. Marys was among three cities in the nation to participate in a sea rise study several years ago that led to recommendations to control flooding in the downtown district. The improvements work — most of the time. Thursday was not one of those days.

Trevor Williams reports that the Japanese community in Atlanta this Friday is set to unveil the newly built bell tower to house the Peace Bell given to the Carter Center by the Consulate General of Japan during the 1980s. Meant to be melted down for ammunition during World War II, the bell somehow emerged unscathed, made its way to a British collector and then across the pond before being purchased as a gift for President Jimmy Carter to signify the close ties between Georgia and Japan.

Georgia taxpayers own 11.5% of the state’s railroad infrastructure, will spend money for upgrades

T.A. DeFeo reports that Georgia famously built the Western & Atlantic Railroad between Atlanta and Chattanooga, Tennessee, more than 170 years ago, but today the state’s railroad holdings have grown to include several shortline railroads. Georgia’s rail network has 4,684 miles of track, which in 2021 was the seventh largest in the nation.

Rebecca Grapevine reports that Georgia’s housing supply – especially affordable housing – is far too low to meet the demand, a group of housing experts told state lawmakers this week. A House study committee began a series of hearings Wednesday to discuss the problems facing Georgia’s housing market, where affordable homes are often tough to come by.

The Jolt: A test for Kemp as Hurricane Ian nears Georgia coast

Patricia Murphy, Greg Bluestein and Tia Mitchell report, for the third day in a row, Gov. Brian Kemp will start his morning at an emergency command center where he’ll be briefed on Hurricane Ian’s latest course. Though Georgia is expected to avoid a direct hit, storm surges, gusty winds and downpours could threaten low-lying areas along the Georgia coast.