Huge surplus leaves Georgia with $6.6B in cash to spend

Jeff Amy reports that Georgia ran a surplus of more than $6 billion in the budget year that ended June 30, meaning the state’s next governor and lawmakers could spend or give back billions. The State Accounting Office, in a Friday report, said Georgia ran a $6.37 billion surplus even after spending $28.6 billion in state taxes and fees in the 2022 budget year. Total state general fund receipts rose a whopping 22%. 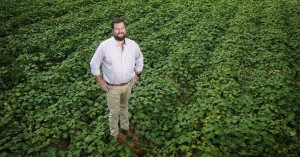 Kenna Simmons reports that agriculture is Georgia’s No. 1 industry. But farmlands are under pressure from development. Fortunately, today’s farmers can take advantage of innovative programs that use tax credits or payments to make sure their land remains agricultural in the future.

J.D. Capelouto and Zachary Hansen report that Atlanta’s naming as a 2026 World Cup host city has not only put another marquee tournament on the calendar, it’s also put developers of several skyline-defining projects on the clock to deliver their visions ahead of the planet’s biggest sporting event.

T.A. DeFeo reports that the feds are sending millions more to Hartsfield-Jackson Atlanta International Airport. The U.S. Department of Transportation has awarded a more than $18.4 million grant to reconstruct taxiways at the world’s busiest airport.

Trevor Williams reports that Delta Air Lines nonstop flights from Atlanta to the German cities of Düsseldorf and Stuttgart are returning next spring, a victory for companies that have advocated for links to key regions of Europe’s largest economy. With the onset of the pandemic in March 2020, Delta halted flights to Stuttgart, the automotive heartland that has become intertwined with Atlanta in recent years as German car giants and suppliers have deepened their roots here.

Latrice Williams reports that Dayton Street Partners, a Chicago based real estate firm, announced it will break ground on a 548,000 square foot unit on Highway 280 in Ellabell. DSP I-16 Logistics Center will be located one mile from the Hyundai plant, which is set to open in 2025.

John Druckenmiller reports that the red hot development zone off Interstate 75 between Adairsville and Calhoun is growing again. Seefried Properties, which specializes in the development, leasing and management of industrial properties, has started work on a 447,753-square-foot campus on 36 acres off Trimble Hollow Road in Adairsville.

Taylor Cooper reports that College of Coastal Georgia stands to benefit from the conservation of around 4,000 acres of marshland in north Glynn County, but the question remains about how to use it. “We’re not exactly sure yet,” said CCGA Provost Johnny Evans, meeting other members of the university’s leadership, property owner Fred Barber and New Hope Studio.

Stanley Dunlap reports that Georgia Power’s proposal for a $200 increase to the average household’s yearly electricity costs is set to kick into high gear with a series of public airings before state regulators beginning on Tuesday. Over the next few months, corporate lawyers, consumer watchdogs and government officials, will get their say in a rate case that will determine how much the state’s largest utility provider charges its 2.7 million consumers over the next three years.

Dave Williams reports that Georgia Secretary of State Brad Raffensperger has stepped into the controversy over unauthorized access to election machines in Coffee County by allies of then-President Donald Trump’s in efforts to overturn the 2020 presidential election results. Raffensperger announced Friday that his office is replacing the election equipment in Coffee County to dispel any questioning of the accuracy of this year’s election outcomes.

Pence to raise cash for key Georgia Republicans in October

Greg Bluestein reports that former Vice President Mike Pence will return to Georgia next month for a pair of fundraisers to boost GOP candidates, marking his first return to the state since a May rally with Gov. Brian Kemp that punctuated a deepening divide with Donald Trump.