Visit from Interior Secretary shines a light on Okefenokee supporters

Mary Landers reports that on Friday, Interior Secretary Deb Haaland visited the Okefenokee as a newly revived mining proposal advanced by Alabama-based Twin Pines Minerals is making its way through the state permitting process. Her position carries no regulatory authority over the mine, but it does allow her to shine a spotlight on risks it poses to the swamp. 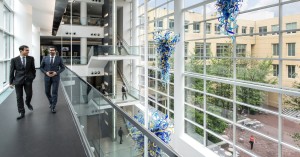 Georgia colleges and universities rank among the best

Mary Ann DeMuth reports that the 2022-2023 U.S. News and World Report rankings of colleges and universities are out, and Georgia’s institutions of higher education have a lot to be proud of. The annual rankings show that students can get a first-class academic experience at an affordable price in the Peach State.

Zachary Hansen and Kelly Yamanouchi report that Atlanta-based NCR, the maker of ATMs, cash registers and software for merchants and banks, said this week it plans to split itself into two public companies after launching a strategic analysis of its business last winter. The company’s board of directors said in a late Thursday announcement it plans to execute the split by the end of next year.

Latrice Williams reports that Hyundai Motor Group’s first electric vehicle (EV) plant in the United States is on pace to open in Bryan County during the first quarter of 2025, but recently signed climate deal last month by President Joe Biden has Hyundai concerned about “the effects of the changes,” according to a recent report by the Atlanta Journal Constitution.Trip Tollison, CEO and president of the Savannah Economic Development Authority, said construction on the plant in Bryan County is not in jeopardy and removal of the tax incentive will not have an impact on Hyundai’s $5.5 billion investment.

Molly Samuel reports, thanks to some quirks of geology and the last ice age, this corner of Georgia, along with northeast Alabama and neighboring parts of Tennessee, is a global hotspot for freshwater fish, and creatures like mussels and crayfish, too. It’s an “incredible” place of biodiversity, according to Katie Owens, Upper Coosa River program director at The Nature Conservancy. 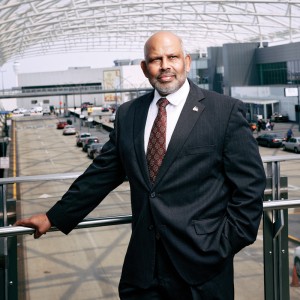 Phillipa Maister reports that for two years, travelers passing through Hartsfield-Jackson Atlanta International Airport have rushed across its polished floors toward their departure gate or final destination, unaware that just 60 feet below workers were blasting massive tunnels through solid rock to help speed passenger passage through the airport.

Makaelah Walters and Tina Vasquez report that there are certain memories seared into Salvador’s brain, scenes of what it was like for communities of color in LaGrange, Georgia, before a lawsuit pushed the city to end discriminatory practices that denied Black and Latino community members access to basic utilities. He still remembers how a single undocumented mother in his community struggled to care for her small children when she was forced to go days without water and electricity because she didn’t have a Social Security number or the $500 “security deposit” required in lieu of this form of identification.

Jill Nolin reports that the governor has directed $130 million in federal aid toward expanding Atlanta’s Grady Hospital as it scrambles to absorb more patients once Wellstar Atlanta Medical Center shuts its doors on Nov. 1. Wellstar’s stunning announcement last month that it would close the Atlanta campus, which is a Level 1 trauma center with 460 beds, created uncertainty in Georgia’s capital city, and politically, it has thrust the issue of health care access back to the center of the governor’s race.

October will be a busy month for local voters, from advance voting to debates.

John Druckenmiller reports, with 50 days to go, the Nov. 8 general election is getting busy. As the countdown continues, debates are now scheduled and a rigid calendar in place for pre-election steps, from registration and advance voting to first tests on voting machines.

Maya King reports, after a digital flier featuring the logo of the Republican Party of Forsyth County, Ga., urged residents to rally against Stacey Abrams, alarming and infuriating local Democratic leaders who said its message sounded dangerously evocative of the county’s notoriously racist past, the Forsyth Republican Party announced that it was calling the rally off.

Dave Williams reports that Georgia’s school funding formula should be overhauled to steer more resources toward students from low-income families, educators, parents, and students from Chatham County told a state Senate study committee Friday. The Senate formed the study committee this year to look for ways to modernize the state’s Quality Basic Education (QBE) formula, which dates back to the 1980s.

Georgia Republicans aim to beat Democrats at their own ‘ground game’

Greg Bluestein reports that the two Republican door-knockers had scarcely started canvassing homes in a well-appointed east Cobb County neighborhood when they began to suspect something was up. At two front doors in a row, friendly homeowners told the Republican volunteers they were visited days before by other GOP hands urging them to vote for Gov. Brian Kemp, U.S. Senate hopeful Herschel Walker and the rest of the party’s ticket.