Benjamin Payne reports, as sea levels rise across coastal Georgia and the country, property tax bases will begin to fall — and as a result, essential municipal services will suffer. That’s the not-so-distant future foreseen by the scientific nonprofit Climate Central, which on Thursday released “Sinking Tax Base,” an exhaustive analysis of just how much of the nation’s taxable land lies vulnerable to rising waters. 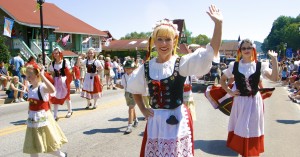 Sucheta Rawal reports that Helen is located only an hour and a half northeast of Atlanta, but this alpine town transports you across the Atlantic without a passport or an airline ticket. It boasts one of the longest-running Oktoberfests lasting seven weeks, from September 8 to October 30, with plenty of German polkas, waltzes, parades, live music, food and drinks.

Zachary Hansen reports that a developer is proposing an unusual mix of hundreds of apartments and millions of square feet of warehouse space in Gwinnett County. Foxfield, a Boston-based real estate developer, has cleared the first few hurdles to realizing the mixed-use project, which would transform 290 acres along Sugarloaf Parkway near Ga. 316.

Andrew Shearer reports, in anticipation of film and television industry demand for its 200,000 square feet of purpose-built production space, Athena Studios has announced the purchase of an additional 65 acres of land adjacent to the original 45-acre site currently under construction at 900 Athena Dr. The expansion will add 350,000 square feet to the already massive facility, which is scheduled to open its initial phase on Mar. 1, 2023 with the ability to host productions of any size.

Cobb’s housing market cooling off, but prices not coming down

Chart Riggall reports that a recent slowdown in home sales in Cobb County has yet to come with any increase in affordability, according to new data from the Georgia Multiple Listing Service. The number of sales this summer dropped from last year by an average of 24.4%, with 881 homes sold in August. In June 2021, the county saw more than 1,300 homes change hands.

Trevor Williams reports, with flight patterns returning to normal after an unprecedented blow to their traffic in 2020, Prague airport officials visited Atlanta this week to continue a pitch for a nonstop flight to the Czech capital that started before the pandemic. The delegation was here to advance a “sister-airport” arrangement hatched in April 2019, one of many that the world’s busiest and most efficient airport, Hartsfield-Jackson, has launched with its counterparts around the globe.

Dave Willams reports that Sonny Perdue has been a Georgia state senator, governor and U.S. secretary of agriculture. But not until Friday did the longtime public servant officially take on “maybe the most impactful job I’ve ever had” when he was formally invested as the 14th chancellor of the University System of Georgia.

Curt Yeomans reports that a mistake that was not discovered until recently has forced the Gwinnett Republican Party to change its nominee in the state House District 105 race, according to the head of the local GOP. Gwinnett Republican Party Chairman Sammy Baker said it was recently discovered that the original GOP nominee for House District 105, Arefeen Chowdhury, actually now lives in another house district because of redistricting.

Nikki Haley stumps for Kemp, Walker in first of many big-name visits

Ross Williams reports that former South Carolina governor and U.N. Ambassador Nikki Haley came to Georgia Friday to stump for Republican Gov. Brian Kemp and GOP Senate hopeful Herschel Walker in separate metro Atlanta campaign stops. The visit from the potential 2024 presidential contender is likely a sign of things to come as big names in national politics test the water in Georgia ahead of the Nov. 8 election.

Dave Williams reports that Georgia’s film industry took off after the General Assembly significantly strengthened the state income tax credit for movie and TV productions in 2008. The industry’s annual economic impact has soared from a relatively paltry $242 million the year before lawmakers upped the ante on the credit to $4.4 billion last year.

Georgia football is part of political playbook this fall

Greg Bluestein reports, one is a Georgia football icon and Heisman Trophy winner whose “34″ jersey is ubiquitous on fall gamedays in the Classic City. Another is a diehard Bulldog fan who grew up near the University of Georgia’s campus and whose campaigns for public office are steeped in red-and-black lore.