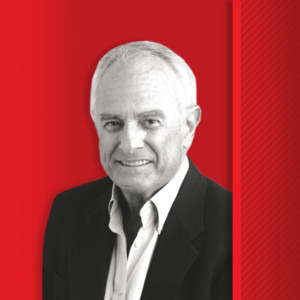 Loran Smith writes, on Sept. 9, 1965, Macon native Bobby Hendley, playing for the Chicago Cubs, pitched a one-hit game against the Los Angeles Dodgers. With a performance like that, you would think he’d have won the game. But the sad tale about that unforgettable outing at Chavez Ravine is that he lost.

Kelly Yamanouchi reports that first class passengers on Delta Air Lines flights from Atlanta can soon get a taste of Savannah at 30,000 feet. Delta this week announced it has tapped Mashama Bailey, the executive chef at Savannah’s acclaimed Southern restaurant The Grey, to develop menus for meals served in first class.

Latrice Williams reports that Jason Cooper has been in the construction business for years. But when each job is complete, he is left wondering when he will pick up his next gig. As he walked out of the first job fair for the Bryan County megasite, he felt relieved, knowing it could be a while before he has to look for work again.

Mary Ann DeMuth reports that anyone who hasn’t been hiding under a rock this year is likely aware of Georgia’s growing stature as an electric vehicle (EV) hub. Two major EV automakers have announced plans to build manufacturing plants in the state – Rivian Inc. and Hyundai Motor Group – and parts suppliers are lining up to join them.

Adam Carey reports that Georgia Highlands College announced on Tuesday a partnership with Trinity School of Medicine. It aims to provide GHC students with a clear, defined path to becoming a practicing medical doctor and potentially help ease the shortage of rural physicians.

Leigh Villegas reports that the Atlanta business community will have expanded access to European cultural programs through the new Franco-German Cultural Center, which will celebrate its grand opening on Thursday, Sept. 15. The event marks a milestone in the ongoing cooperation of the Alliance Française d’Atlanta and Goethe-Zentrum Atlanta.

Stanley Dunlap reports that a plaintiff in a lawsuit challenging the state’s electronic voting system is being subpoenaed by Georgia Secretary of State Brad Raffensperger and the State Election Board for information that would include her communication with reporters. A subpoena filed Monday in U.S. District Court of Northern Georgia requests Marilyn Marks, executive director of Coalition for Good Governance, to provide every email, text message, details of conversation and any other documents about the unauthorized access of Coffee County’s voting system, including communication she’s had with the media.

T.A. DeFeo reports that the Georgia is giving more than $62.4 million in federal COVID relief money to groups fighting homelessness and housing insecurity worsened by the COVID-19 pandemic. The state is allocating American Rescue Plan and State Fiscal Recovery Fund dollars to the 20 projects receiving money.

Lin Wood, a Trump Ally, Is Called to Testify in Election-Meddling Inquiry

Richard Fausset reports that L. Lin Wood, a trial lawyer and an ardent supporter of Donald J. Trump who pushed a number of falsehoods about election fraud after the 2020 presidential contest, has been asked to give testimony in the criminal investigation into efforts to overturn the Georgia election, he confirmed on Tuesday. In a phone call, Mr. Wood said that his lawyer had been informed that Mr. Wood’s testimony was being sought by the Fulton County District Attorney’s Office.

Dave Williams reports that Georgia’s rural economy is being buffeted by national and global headwinds that are making it harder for farmers to make ends meet, an agricultural economist said Tuesday. Supply chain disruptions, trade wars, droughts across the globe, the COVID pandemic and the war in Ukraine are challenging farmers on multiple fronts,

The Jolt: Abrams, Warnock to team up after questions of ticket unity

Patricia Murphy, Greg Bluestein and Tia Mitchell report that U.S. Sen. Raphael Warnock and Stacey Abrams, the Democratic nominee for governor, have long been close friends and political allies. Today, they’ll join forces on the trail for one of their first major campaign events together this cycle.