Oyster farming could bring more jobs, millions of dollars to the state of Georgia

Justin Farmer reports the state’s newest aquaculture industry will bring money, jobs, and seafood on the half shell to Georgia. This environmentally friendly food could bring millions of dollars to our state. 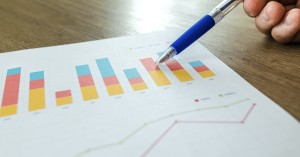 Georgia ranks 35th in well-being but high in economic security

Kenna Simmons reports, according to an annual survey by Atlanta-based Sharecare, Georgia is 35th among all states for overall well-being. It’s not the best result – Massachusetts topped the list – but there are some bright spots.

Dallas Smith reflects as he hands over reins of Atlanta firm

Zachary Hansen reports that the commercial real estate industry has been almost exclusively white and male since its inception, but T. Dallas Smith has made it his goal to defy expectations. Smith started one of the largest Black-led CRE firms in the country 15 years ago.

Zoe Nicholson reports that Savannah’s City Council unanimously approved a motion Thursday to authorize the city attorney to file an appeal with Effingham County Board of Commissioners after a recent rezoning and buffer variance puts the city’s drinking water supply at risk. “A nearby jurisdiction took the opportunity not only to rezone but get a variance to place warehouses 25 feet upstream from everyone’s water source,” Alderman Nick Palumbo said at the Aug. 25 council meeting.

Chart Riggall reports that the directorship of the Georgia Bureau of Investigation will stay in Cobb County with Thursday’s swearing-in of Michael Register. The former Cobb County police chief told the MDJ Friday his top priorities helming the agency will be tackling street gangs, supporting local law enforcement, and building public trust. But first, he said, he has some learning to do. 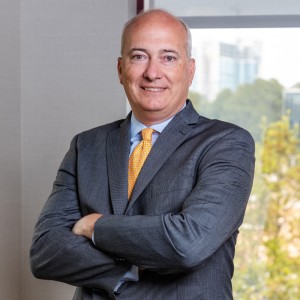 Catching Up With … Christopher Nunn

Karen Kirkpatrick reports, since 2017, Nunn has served as commissioner of the department that provides funding and technical assistance to communities around the state in support of workforce housing, infrastructure and downtown development.

Alan Mauldin reports, calling balls and strikes of legal cases was how U.S. Supreme Court Chief Justice John Roberts described his role. Asked the same question, the chief judge of Georgia’s Court of Appeals also offered a sports analogy for how he sees the court. “I think one of the easiest ways to describe it is we’re the replay booth,” Chief Judge Brian Rickman said.

Orlando Montoya reports that the Carter Center has long been known for its work fostering democracy overseas. But two years ago, it turned its attention to the United States. In 2020, the Center’s Democracy Program supported U.S. elections by providing objective information about the election process, promoting good practices in transparency, and partnering with grassroots organizations to disseminate messages around a peaceful electoral transition.

Stanley Dunlap reports that a Fulton County judge will decide whether Georgia Gov. Brian Kemp must testify before a special grand jury after prosecutors and state attorneys sparred in court Thursday over the investigation into possible interference in the 2020 election. Kemp’s attorneys argued before Superior Court Judge Robert McBurney that Kemp is protected under state law from forced compliance with a subpoena.

Homelessness a problem in rural Georgia

Rebecca Grapevine reports, though many associate homelessness with urban centers, the problem of lack of housing is more widespread, speakers said at a recent state Senate hearing on homelessness. Rising rental prices and wages that have not kept up have pushed some Georgians out of their homes, experts and local observers alike affirmed.

The Jolt: Judge rips fake electors’ claims they shouldn’t have to testify in Trump probe

Patricia Murphy, Greg Bluestein and Tia Mitchell report that somewhat lost during a newsy day at the Fulton County special grand jury was a scathing order from Judge Robert McBurney that could have significant implications into the ongoing investigation of Donald Trump. The three-page order demolished the argument by 11 fake GOP electors who argued prosecutors should be disqualified from seeking criminal charges against them.