Staff reports that Governor Brian P. Kemp yesterday announced that he will dedicate $100 million to address public safety concerns and the rise in violent crime during and following the COVID-19 pandemic in Georgia communities. “Public safety has always been my top priority, because every Georgian should feel safe in their own communities” said Governor Brian Kemp. 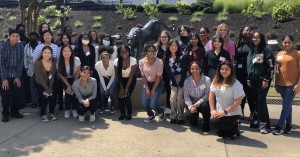 Addressing the need for nurses

Mary Ann DeMuth reports that the nursing shortage is a challenge for hospitals across Georgia and throughout the nation. According to Becker’s Hospital Review, Georgia ranks 45th in the nation for the number of active nurses per capita. That’s a shortfall of about 27,000 nurses.

Michael E. Kanell reports that the unemployment rate in metro Atlanta dropped to 2.8% in July, down from 3.2% the month before, while hiring was stronger than it usually is in mid-summer, according to a report Thursday from the Georgia Department of Labor. “This summer, we have seen unemployment rates drop while job numbers have climbed,” said Mark Butler, state labor commissioner.

New economic data shows that Georgia is outperforming many states

T.A. DaFeo reports that new economic data shows Georgia is outperforming many other states across the country. Georgia’s seasonally adjusted unemployment rate now stands at a record low of 2.8% in July. A new WalletHub analysis found that Georgia has the 15th best change in its unemployment rate.

Adam Van Brimmer reports that Hyundai will soon break ground on a $5 billion EV and battery manufacturing plant near Ellabell. The following is an excerpt from a “The Commute” podcast interview with Georgia Southern University economist Michael Toma regarding how Savannah and the region prepare for the facility, which is expected to employ 8,100 workers.

Chart Riggall reports that the Cumberland Community Improvement District plans to seek $2 million in federal funding for a new program intended to stitch back together areas shorn apart by interstate highway construction. The $1 billion Reconnecting Communities Pilot Program, tucked into the $1 trillion infrastructure bill passed by Congress last year, aims to provide local funds to span the chasms created in the interstate’s heyday.

Larry Hobbs reports that the Atlantic Ocean and the Gulf of Mexico have been fairly quiet in the first three months of the 2022 hurricane season. Maybe even a little too quiet, cautioned Al Sandrik, warning coordination meteorologist with the National Weather Service in Jacksonville.

Cheryl Hilderbrand reports that the Butts County Chamber of Commerce documented an average of 50 “Stranger Things” tourists per day this summer. Those who came into the Visitor’s Center and signed the register came from all areas of the United States, from California to Massachusetts and all points in between. International travelers journeyed to Jackson from Canada, Denmark, Poland and Germany. Parents brought their children, and young adults drove themselves.

Ellen Eldridge reports that Gilead Sciences Inc. is awarding $4.5 million in grants over the next three years to the Satcher Health Leadership Institute at Morehouse School of Medicine and Xavier University in Louisiana, with a particular focus on HIV testing, treatment and care.

Alan Mauldin reports, it was a clean sweep on Tuesday for the city’s slate of Albany-Dougherty Historic Preservation Commission members, with the Albany City Commission appointing four new members to the eight-member board. The decision came a week after the City Commission overruled the HPC’s recommendation on a request by Phoebe Putney Memorial Hospital to demolish three historic houses, a medical office and the former Albany High School building in the North Jefferson Street historic district to make room for a facility to train and house nursing students.

Ross Williams reports that for the second night in a row, armed police showed up at the Rome house of Congresswoman Marjorie Taylor Greene Thursday after an anonymous caller made a false report of a dangerous situation. According to a Rome Police Department report, officers were contacted shortly before 3 a.m. from an internet suicide prevention chat about a man who “came out as transgender and claimed they shot the family” at Greene’s address.

Dave Williams reports that local governments and school districts should have a say at court hearings on proposed property tax abatements for development projects that would cost cities, counties and schools tax revenue, a lobbyist for Georgia counties said Thursday. A bill introduced in the General Assembly last year called for giving local governments and school districts the legal right to participate in hearings on tax abatements but failed to get through either legislative chamber.

Greg Bluestein and Tia Mitchell report that after a tour of a cotton gin on the outskirts of Albany, a few dozen of southwest Georgia’s leading farmers piled into a conference room to hear from a somewhat fresh face. Chris West scanned the room of worried and weathered agriculture industry veterans, some of whom vented their concerns about rising overseas competition and new government regulations.