Hyundai plant: What you need to know about businesses that will serve EV factory, employees

Nancy Guan reports that Hyundai Motor Group’s decision to open an EV assembly plant in Bryan County marks a critical juncture in the area’s history. It signifies the end of a 20-year search for a major automaker to locate in the region and the beginning of explosive growth to be mapped out in the coming decades. 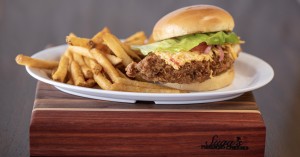 Sucheta Rawal reports that pimento cheese, aka the “caviar of the South,” isn’t just for dipping your crackers into anymore. One Georgia chef has stretched the curd to open an entire restaurant with a not-so-cheesy pimento cheese theme.

Michael E. Kanell reports, bolstered by the continued financial health of most American homeowners, Home Depot on Tuesday reported better-than-expected sales and earnings for the most recent fiscal quarter. In a time of economic uncertainty with high inflation, rising interest rates and talk of an incipient recession, the Smyrna-based retail giant reported $43.8 billion in sales and net earnings of $5.2 billion for the past three months, outdoing analyst expectations, but also its own.

Trevor Williams reports that Atlanta-based Mona, founded by alums of Google and McKinsey, is helping the Israeli Ministry of Defense improve its artificial intelligence and machine learning processes. Mona’s intelligent monitoring services watch in real-time for underperformance in the algorithms that run complex AI or machine-learning processes undertaken by the ministry, which runs one of the most tech-forward militaries in the world.

1,300 more jobs here in July vs. a year ago amid slight increase in first-time unemployment claims.

John Druckenmiller reports that the Rome/Floyd work force added another 1,300 jobs in July, rising to 42,300 overall and the most in at least the last 13 months. Thursday’s report from the Georgia Department of Labor shows the community had a work force of 41,000 in July 2021.

Dalton to participate in the Resilient Communities pilot program

Staff reports, the Thrive Regional Partnership has announced the selection of four cities in Tennessee and Georgia that will participate in the pilot round of its new Resilient Communities program, a groundbreaking initiative in partnership with the Open Space Institute to help communities plan for and address environmental challenges, including the increasing effects of climate change. Under the pilot program, residents of southern Chattanooga, as well as the communities of Dalton; Spring City, Tennessee; and South Pittsburg, Tennessee, will work with Thrive and the institute to understand and address local environmental challenges.

Will Martin reports that Spalding County is a finalist in the 2022 Institute of Electrical and Electronics Engineers’ Smart Cities Awards Contest, a competition geared toward finding solutions to inequities in the distribution of high-tech infrastructure. According to the county, IEEE hosts the contest each year and honors cities that have successfully used “smart city” technologies to help their communities.

‘This is a nightmare’: Columbia County rejects concrete plant’s relocation

Joe Hotchkiss reports that Columbia County commissioners Tuesday rejected a request that would have placed a concrete plant on rural property about two miles from Fort Gordon’s new Gate 6. The Board of Commissioners voted unanimously to keep more than 17 acres at 3448 Gordon Highway zoned for residential-agricultural use.

Jill Nolin reports that Georgia’s multiyear plan to spend $135 million in new federal funding to boost electric vehicle charging will focus on the state’s rural and underserved communities, where fast public charging can be hard to come by. But many details – such as where exactly the chargers will go and what private groups might partner with the state to build them – remain to be settled.

T.A. DeFeo reports that Georgia Gov. Brian Kemp is again turning to the federal government to dole out more cash to Peach State residents. The governor has funneled more than $1 billion in money from the American Rescue Plan’s State Fiscal Recovery Fund to the state’s Department of Human Services.

Dave Williams reports that Gov. Brian Kemp is seeking to quash a subpoena to testify before the Fulton County special grand jury investigating attempts to overturn the 2020 presidential election in Georgia. A motion state Attorney General Chris Carr filed Wednesday on Kemp’s behalf questioned the timing of the subpoena – in the midst of the governor’s reelection campaign – and maintained Fulton District Attorney Fani Willis has no legal right to force Kemp to testify.

Ty Tagami reports that even as parents in a new group called Mama Bears of Forsyth County were confronting their school board over books last spring, like-minded Georgians were pushing lawmakers to streamline the process for removing books from school libraries. The effort resulted in a Republican-led law that gives school boards until Jan. 1 to adopt policies that expedite reviews of library book complaints.