Staff reports that Governor Brian P. Kemp on Monday announced his appointment of Michael “Mike” Register as Director of the Georgia Bureau of Investigation (GBI), pending approval by the Board of Public Safety. Register will step in to fill the vacancy made by The Honorable Vic Reynolds’ swearing-in as a Cobb Judicial Circuit Superior Court judge. 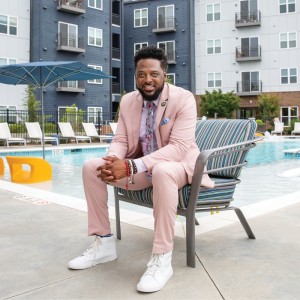 Brian A. Lee reports that it can be said with certainty that the Masters Tournament in Augusta captured the sporting world’s attention in early April. Yet, every other week of the year – and historically – the Garden City of Georgia is driven by three different M’s: medicine, manufacturing and the military.

Staff reports that Savannah College of Art and Design (SCAD) once again advances creative education with the formation of four schools: the School of Creative Technology, School of Animation and Motion, School of Film and Acting, and School of Visual Communication. The creation of these four innovative schools affirms the university’s international reputation as the preeminent source of knowledge across creative professions.

Maria Saporta reports, it’s the dawning of a new age for the film and television industry in Georgia — where there is a complete ecosystem that includes writers, financiers, directors, producers and the agents who represent them. At least that’s the vision of Jeffrey Stepakoff, 59, the founding executive director of the Georgia Film Academy, and his business partner, Josh Lee, 37, who served as director of strategy and operations for the Georgia Film Academy.

Staff reports that the Georgia Tech Supply Chain and Logistics Institute (GT-SCL) residing in and supported by the Stewart School of Industrial and Systems Engineering (ISyE), in coordination with Georgia Tech Professional Education (GTPE), is expanding its Logistics Education And Pathways (LEAP) program with the Georgia Department of Juvenile Justice (DJJ) Reentry Program to implement services for eligible participants in Chatham, Bibb, and Muscogee Education Transition Centers (ETC).

T.A. DeFeo reports that the head of Georgia’s budget agency is asking state agencies to keep their budgets flat for the upcoming budget process. Although Georgia continues to see higher net tax collections, state officials are worried that rising inflation could hurt the state’s cash flow.

Giuliani, Graham striking out in bids to avoid date with Fulton grand jury

Stanley Dunlap reports that former President Donald Trump’s personal lawyer Rudy Giuliani, who is now the target of a criminal investigation into the crusade to overturn the 2020 election to keep Trump in power, has been ordered to testify before a Fulton County special grand jury on Wednesday. Also on Monday, a federal judge ruled Republican South Carolina U.S. Sen. Lindsey Graham must comply since he will answer questions not covered by the law protecting legislators while performing their regular duties.

Jess Mador reports that Georgia’s recently enacted abortion law H.B. 481 can remain in effect as a lawsuit challenging it moves forward. This was the order Monday from a Fulton County Superior Court judge a week after opening arguments in the case.

Craig Nelson reports, in his weekly newsletter, Coastal Georgia’s four-term congressman called the FBI’s execution of a court-approved search warrant a “raid” and a “political stunt” and blamed President Joe Biden — not Garland, not the Trump-nominated FBI director Christopher Wray, not the Florida federal magistrate judge who signed off on the warrant — of a “level of attack against a potential future political opponent” that is “unprecedented” and “un-American.”

The Jolt: Stacey Abrams: ‘If Black men vote for me, I’ll win Georgia.’

Patricia Murphy, Greg Bluestein and Tia Mitchell report that Stacey Abrams could make history as Georgia’s first Black governor. But during the Democrat’s videotaped appearance at a Pod Save America taping in Cobb County over the weekend, she acknowledged that she’ll need the overwhelming support of Black men, support that polls show she’s currently lacking, in order to win the race.