Staff reports that Gov. Brian P. Kemp on Aug. 10 announced that WebstaurantStore, a supplier to food service professionals around the world, will construct a new distribution facility in Ellabell, Georgia. The new facility will create 213 new positions in Bryan County, representing more than $87 million in investment and the company’s largest expansion in Georgia. 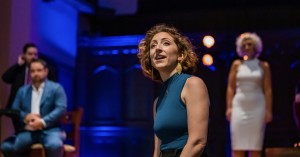 Kenna Simmons reports, if you’re hearing voices in Savannah, that’s by design. The Savannah VOICE Festival kicked off its 10th season last week and runs through August 21 with five different opera productions plus musical theater and song performances around the city.

Zachary Hansen reports that Gov. Brian Kemp, in a late Wednesday press conference, touted his administration’s efforts to recruit jobs and investment to Georgia, but in particular to parts of the state outside metro Atlanta. Kemp, a Republican, has centered his reelection campaign on the economic growth of Georgia in an effort to stave off his Democratic challenger, Stacey Abrams.

Trevor Williams reports that two $5 billion-plus electric-vehicle plants, each of which set its own record as the state’s largest-ever project, drove a record year for investment and job-creation in Georgia, augmented by a steady inflow of foreign investments in automotive, life sciences, fintech and beyond. In the fiscal year that ended June 30, companies that worked with the Georgia Department of Economic Development on 358 projects announced that they would invest $21.2 billion and create 51,132 jobs.

Ethan Johnson reports that home prices in Cherokee County have started to decline after record-high prices earlier this year, in what real estate agents and housing professionals say is part of a market “correction” across the state. The median price of a home in Cherokee County fell from $460,000 in May, which was higher than any other month on record, to $452,000 in June, according to the Georgia Multiple Listing Service.

Dyana Bagby reports that Ben Chestnut, co-founder of Atlanta-based email marketing company Mailchimp, announced today he is stepping down as the company’s CEO after 21 years. He plans to stay on with the company in an advisory role.

Marisa Mecke reports that a proposed industrial park in Effingham County is located just about one mile upstream of Savannah’s drinking water intake, and water experts argue the destruction of wetlands and industrial processes could spell disaster for the water source serving Chatham, Bryan and Effingham counties. On August 2, the Effingham County Board of Commissioners unanimously voted to rezone 130 acres of agricultural land for industrial development along Abercorn Creek, a small tributary of the Savannah River, at a location just a mile or so upstream from the city’s Abercorn Creek drinking water intake.

Gordon Jackson reports, two decades after the largest civilian employer in Camden County declared bankruptcy, costing more than 900 employees their jobs, the site of the old Gilman Paper Co. will soon be home to a new tenant. The upcoming groundbreaking for Cumberland Inlet will officially usher in a new era for the 721-acre tract near downtown St. Marys.

Wayne Ford reports that the Elbert County Board of Commissioners voted Monday night to give the broken and crumbled remains of the destroyed Georgia Guidestones monument to the Elberton Granite Association. The large granite blocks and fragments were moved to an undisclosed location after the Georgia Bureau of Investigation completed its forensic investigation of the site following the July 6 bombing by an as yet unidentified person.

Asia Ashley reports that the U.S. Naming Commission tasked with recommending new names for nine Confederate namesake military bases has released cost estimates associated with the initiative. Estimated costs to remove the names honoring the Confederacy — including signs, paver stones and memorials on site — Fort Benning in Georgia will be one of the costliest at approximately $5 million, according to the commission.

Rebecca Grapevine reports that a new report from the Georgetown University Center for Children and Families has found that about 20% of Georgia women of childbearing age are uninsured. The rate of uninsured women between 18 and 44 years old is one of the highest in the country, putting Georgia in 46th place on a national ranking, the report said.

Greg Bluestein and Maya T. Prabhu report that when Stacey Abrams backed a proposal to legalize casino gambling in Georgia, she endorsed a contentious idea that few top state politicians from either party have embraced in the decades since the lottery-funded HOPE scholarship was approved. Former Gov. Zell Miller, the Democratic godfather of the popular scholarship, made clear the legislation would bar casinos and sports betting to win over skeptical legislators.