T.A. DeFeo reports that the Georgia Department of Community Health has awarded $9 million in Rural Hospital Stabilization Grants to 10 rural Georgia hospitals. The hospitals will each receive $900,000 to support initiatives strengthening underserved communities’ access to care. 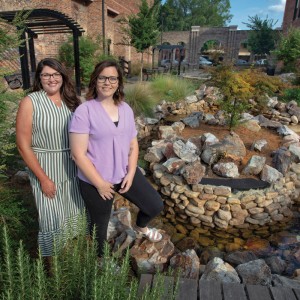 Main Streets on a Mission

Karen Kirkpatrick reports, when you hear “downtown revitalization” you might picture restaurants, brew pubs, boutiques and offices in character-filled, brick-clad buildings. Plants and trees line the well-lit streets and benches offer spots to watch small-town life go by. But without people – specifically, pedestrians – moving in and out of shops and restaurants while spending money in those businesses, downtowns wouldn’t survive.

Trevor Williams reports that a Vietnamese province that has been actively courting Atlanta investors will make good next week on its promise to bring a high-level delegation to the city. Vo Van Minh, the governor of Binh Duong province, just north of Ho Chi Minh City, is set to headline a group of at least 10 delegates from the province of more than 2.4 million people, who will visit the Metro Atlanta Chamber for a business forum Monday titled Vietnam: Gateway to Southeast Asia.

John Ruch reports that the booming national news website Axios has agreed to be bought for $525 million by Cox Enterprises, owner of the Atlanta Journal-Constitution, the companies announced Aug. 8.  Axios launched an Atlanta newsletter in September 2021. Cox spokesperson Natalie Giurato tells SaportaReport that “both Axios and the AJC will continue to operate independently” and that “there will be no impact” on the current staff at Axios Atlanta.

Port of Savannah off to fast fiscal 2023 start

Dave Williams reports that the Georgia Ports Authority (GPA) has begun the new fiscal year with no letup in momentum. The Port of Savannah handled 530,800 twenty-foot equivalent units (TEUs) of containerized cargo last month, an increase of 18% over last July, marking the fastest start of a fiscal year ever.

27-acre medical campus to be in Richmond Hill

Latrice Williams reports, when Chris Corr, senior vice president of Real Estate Development of Rayonier and president of Raydient, began brainstorming what amenities would be crucial for the Heartwood at Richmond Hill community to thrive, health and wellness was at the top of his list. Monday, his vision was fulfilled.

Emma Quintal reports that the right amount of heat is needed to raise good watermelons. But there’s been too much, too soon in Georgia this summer. That’s why farmers like Christy Smith in Georgia face major challenges as the planet continues to rapidly warm.

Gordon Jackson reports that the construction of a Buc-ee’s travel center is going to be a game changer for the GA 99 corridor leading into the Golden Isles. The Buc-ee’s off Interstate 95 in St. Augustine, Florida, has 104 fueling stations and a 55,000-square-foot shopping center with everything from fudge and jerky to boogie boards and clothing.

Staff reports that the National Association of Farm Service Agency County Office Employees presented Congressman Sanford Bishop Jr., D-Ga., its Legislator of the Year award during its national convention in Savannah. Farm Service Agency county office employees are the bridge between U.S. Department of Agriculture programs and farmers as well as ranchers.

Ross Williams reports that a Fulton County judge could soon decide whether to once again temporarily block Georgia’s six-week abortion ban, which a federal appeals court allowed to take effect last month. “I understand that this is something that needs immediate attention, and I will give it that,” said Judge Robert C.I. McBurney following a Monday hearing in a suit filed by the American Civil Liberties Union of Georgia on behalf of health care providers and advocates.

The Tale of Two Men

Tammy Joyner reports that political foes Raphael Warnock and Herschel Walker’s hardscrabble Georgia upbringings have produced alluring figures now locked in a head-to-head battle in one of the nation’s marquee races of the 2022 midterms. The outcome of this closely-watched race could decide control of the U.S. Senate — and set the trajectory of Georgia politics for years to come.

Greg Bluestein reports that a new 30-second ad from the Republican Accountability PAC is among the first to include footage of Republican Senate hopeful Herschel Walker’s ex-wife graphically describing him choking her and threatening to shoot her during their marriage. The attack ad is backed by a six-figure buy and is part of RAPAC’s plan to spend at least $10 million in six swing states to defeat fellow Republicans who echoed former President Donald Trump’s election conspiracies.