Staff reports that Governor Brian P. Kemp on Aug. 3 applauded Georgia’s tourism industry for attracting pre-pandemic levels of domestic visitors at the 2022 Georgia Governor’s Tourism Conference in Athens. Presented by Explore Georgia, the tourism division of the Georgia Department of Economic Development (GDEcD), the three-day conference is the premier annual event for the state’s travel and hospitality industry. 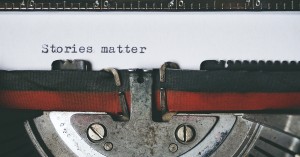 Kenna Simmons reports that this year Georgia Trend won two Green Eyeshade Awards, which “recognize the very best journalism in the southeastern United States.” Open to journalists in 11 states, the awards are judged by Southern members of the Society of Professional Journalists (SPJ).

Michael E. Kanell reports that Atlanta-based Equifax has confirmed that it provided incorrect credit scores due to a technology glitch earlier this year, affecting hundreds of thousands of people who were seeking loans. The problem — which took place over a period of about three weeks in March and April — meant some scores were higher or lower than justified by a consumer’s financial history.

Dave Williams reports that the U.S. Nuclear Regulatory Commission (NRC) has signed off on a critical step leading up to fuel loading at the first of two new nuclear reactors being built at Georgia Power’s Plant Vogtle. The commission has confirmed in a letter to Southern Nuclear, which is managing the project, that the new unit has been constructed and will be operated in conformance with NRC regulations.

Collin Kelley reports that Atlanta businessman and philanthropist Charles Loudermilk died at age 95 following complications from a stroke, according to his family. Loudermilk is perhaps best known as the founder of furniture and appliance rental store Aaron’s, which he opened in 1955.

Staff reports that Playa Azul Media Studios LLC and Rome PAM Studios announced the hire of former Warner Media VP Martha Parker as its new CFO this week. “The addition of Martha to our team brings a wealth of knowledge that will enable us to continue to develop new investment opportunities and grow our distribution channels,” PAM Studios CEO Maria Guerra-Stoll said.

T.A. DeFeo reports that local governments across Georgia are doling out federal COVID relief money to government employees as retention bonuses. In March 2021, the U.S. Treasury Department said the federal dollars were primarily intended to help governments “continue to support the public health response and lay the foundation for a strong and equitable economic recovery.”

Chris Bridges reports that Chairman David Thompson and the Walton County Board of Commissioners announce a preliminary award of $42 million for the Hard Labor Creek Regional Water Treatment Facility, pending a final budget review and approval. The Governor’s Office of Planning and Budget informed the Walton County Board of Commissioners of approval of the application for funding on July 14, 2022.

Jim Burress reports that Georgia Democratic U.S. Senator Raphael Warnock has pushed for caps on the price of insulin since he got to Washington. Although he’s gotten a number of fellow lawmakers behind his measure, it’s not made it to President Joe Biden’s desk— yet. But it could soon.

Stephanie Allen reports that Athens possibly goes further than any other city in Georgia with an ordinance that lowers the consequences for those caught with small amounts of marijuana to just a $35 fine. Athens-Clarke County commissioners on Tuesday approved an ordinance that eliminates jail time and established one of the lowest fees in the state for those caught with less than an ounce of marijuana.

Amanda Andrews reports that Georgia is among 22 states involved in a lawsuit against the U.S. Department of Agriculture. The USDA’s Food and Nutrition Service announced a new program in May to combat discrimination based on sex. New regulations require schools receiving federal nutrition funds investigate allegations of gender and sexuality-based discrimination or risk losing school lunch funding

Abraham Kenmore reports that Herschel Walker has finally proposed a debate with Sen. Raphael Warnock, but not one of the three debates Warnock already committed to attend. “Senator Warnock, I’m ready to debate,” Walker said in a video posted to Twitter late Tuesday.

Greg Bluestein reports, the meetup at a cotton gin in southwest Georgia was designed to showcase Tyler Harper’s deep knowledge of farming issues as he runs for the state’s top agriculture job. But it also quickly became a chance for Republicans to vent about a sweeping new federal climate bill.