Gov. Kemp: Georgia Made Film & TV Productions Generate $4.4B for State in Yet Another Chart-Topping Year

Staff reports that Governor Brian P. Kemp yesterday announced a chart-topping year for the film and television industry as productions spent $4.4 billion in Georgia during fiscal year 2022 – a new industry record. The Georgia Film Office, a strategic office within the Georgia Department of Economic Development (GDEcD), reported that the State of Georgia hosted 412 productions, represented by 32 feature films, 36 independent films, 269 television and episodic productions, 42 commercials, and 33 music videos between July 1, 2021 and June 30, 2022. 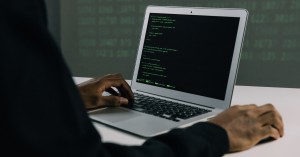 Kenna Simmons reports, calling it “a big win for Georgia’s HBCUs and for cybersecurity in Georgia and nationwide,” Sen. Jon Ossoff (D-GA) celebrated the passage of his bipartisan legislation on July 27 that will expand cybersecurity training programs at the nation’s historically Black colleges and universities. Georgia’s Rep. Hank Johnson (D-Decatur) sponsored the bill in the House of Representatives.

Michael E. Kanell reports that Atlanta-based Global Payments, which sells technology for financial transactions, announced Monday that it will acquire EVO Payments for $4 billion. The acquisition will allow Global Payments to expand, selling into new markets, while adding to its own product line in business-to-business software, officials said in a statement.

Collin Kelley and Sammie Purcell report that 2022 Music Midtown festival scheduled to take place in September at Piedmont Park has been canceled. Rumors had been circulating all weekend on social media that a cancellation announcement was imminent.

Staff reports that the Georgia Department of Economic Development, in cooperation with the Macon-Bibb County Industrial Authority (MBCIA), today announced that the Airport East Industrial Park and the Interstate 75 Business Park have earned a “Georgia Ready for Accelerated Development” (GRAD) certification with “Select” status. The sites’ new “GRAD Select” status provides an additional seal of approval that makes it especially attractive for future industrial development.

Trevor Williams reports, on the eve of restoring service on one of the longest flights in the world — a 17-hour nonstop from Atlanta to Johannesburg set to restart Aug. 1 — Delta Air Lines Inc. is adding another marathon flight to its South Africa repertoire. The airline announced that it would fly to Cape Town beginning Dec. 17, a more-than-15-hour trip that expands the Atlanta-based airline’s Africa map, already the most extensive among American carriers.

Stanley Dunlap reports that a long-running federal lawsuit challenging the security of Georgia’s voting system is now entangled in a dispute over the handling of an investigation into allegations that 2020 election skeptics illegally breached a county’s voting system. Attorneys representing the Coalition for a Good Governance and other election security advocates will attempt to wrap up depositions in the coming weeks and obtain other evidence regarding accusations that Coffee County elections officials granted activists access to the Dominion Voting System that is a frequent target of conspiracy theories tied to Republican President Donald Trump’s loss in the 2020 election to Democrat Joe Biden.

Rebecca Grapevine reports that the state ethics commission voted Monday to move forward with a full hearing on whether a group founded by Democratic gubernatorial nominee Stacey Abrams and its affiliated action fund violated campaign finance laws. At the center of the dispute is whether the activities of the New Georgia Project and an affiliated fund were sufficiently political in nature to require registering as campaign and ballot committees under Georgia law.

Some guidance issued for Georgians to claim embryos on their taxes

Maya T. Prabhu reports that the Georgia Department of Revenue on Monday released guidance for parents who are expecting children to claim an embryo on their taxes. n a press release, Revenue Department officials said anyone who is expecting a child as of July 20 through the end of the year can claim in their 2022 filing a $3,000 tax deduction per embryo or fetus on the “other adjustments” line of the state’s tax documents.