Supply chain snags hampering expansion of solar in Georgia, but slowdown expected to be temporary

Benjamin Payne reports that a new report by an environmental nonprofit has found that the expansion of solar power in Georgia and the Southeast is being especially hard hit by supply chain disruptions both related and unrelated to the COVID-19 pandemic. The Southern Alliance for Clean Energy (SACE) revised downward its earlier forecasts for solar generation in the Southeast by about 10% lower than originally predicted for 2022 and 8% lower for 2023. 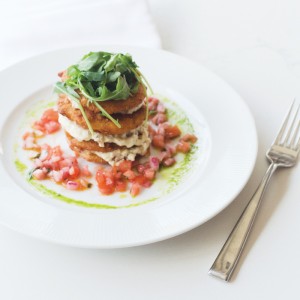 Sucheta Rawal reports that before it got famous for music, Macon was a mill town. You can find echoes of both identities in the city’s historic downtown, where Cherry and First streets intersect with Cotton Avenue at a 45-degree angle.

Spencer Donovan reports that veterans, active military members and their families can peruse jobs in electric vehicle battery production at a hiring fair this Saturday at the Georgia National Guard Armory in Gainesville. SK Battery America, a South Korean EV battery manufacturer, will host the fair from 10 a.m. to 2 p.m., according to a news release from Gov. Brian Kemp’s office.

Synovus announces earnings for the 2nd quarter of 2022

Staff reports that Synovus Financial Corp. reported financial results for the quarter ending June 30. Second quarter 2022 highlights include: Net income available to common shareholders of $169.8 million, or $1.16 per diluted share, up 5-cents sequentially and down 3-cents compared to prior year.

Trevor Williams reports that the Atlanta chapter of the Truman National Security Project, a nationwide community working to create innovative solutions to national-security problems, is seeking new applicants for this year’s crop of next-generation leaders. The Truman project admits about 150 new members every year from around the nation, grouping each new entrant into one of three cohorts: security fellows, political partners and defense council.

Dave Williams reports that the Federal Highway Administration has designated two Georgia highways as “alternative fuel corridors” for the purpose of facilitating the construction of electric vehicle charging stations. U.S. 441 from Cornelia in Northeast Georgia south to Dublin and U.S. 82 from Brunswick west to Albany will add 25%, or approximately 330 miles, to the state’s EV charging network.

Stanley Dunlap reports that state regulators have signed off on a roadmap that bolsters Georgia Power’s shift away from fossil fuels, but critics argue it doesn’t go nearly far enough to attack a growing climate crisis. The Georgia Public Service Commission Thursday voted unanimously to approve the utility’s updated long-term plan that outlines how the company will spend billions of dollars to provide power to its 2.7 million customers as it transitions from polluting coal-fired plants to an emphasis on solar and other cleaner electricity.

DJ Simmons reports that First Lady Jill Biden and Secretary of Education Miguel Cardona ended a three-state tour of summer learning programs with a visit on Thursday to the University of Georgia, where around two dozen elementary students participated in outdoor activities before showing off their swimming skills. The tour comes as part of an effort to highlight summer programs funded through President Joe Biden’s American Rescue Plan, which will aid students disproportionately impacted by the pandemic.

Candidates weigh in on Respect for Marriage Act

Hank Rowland reports that Georgia’s Republican members of the U.S. House are under fire by state Democrats for voting against the Respect for Marriage Act on Tuesday. All eight Georgia Republicans voted in opposition to the resolution Tuesday, including U.S. Rep. Buddy Carter. Carter represents Glynn County and the other coastal counties in the state.

Katherine Landergan and Dylan Jackson report that medical professionals and legal experts say they are in a state of uncertainty as Georgia’s new abortion law swiftly took effect this week. The court’s decision was highly anticipated, but there are still many unanswered questions about how the restrictions on abortion will play out in practice.