Staff reports that Governor Brian P. Kemp announced on Wednesday that Denkai America, the only North American manufacturer of high-quality electrodeposited (ED) copper foil used in printed electronics, will locate its new manufacturing facility and North American Headquarters in Richmond County. The company’s initial investment will be $150 million to establish an ED copper foil production facility, with a focus on electric vehicle (EV) battery foil, on a 115-acre site, with a goal to invest a total of $430 million and create 250 new jobs over the next five years. 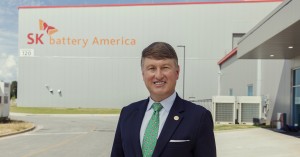 Rural Georgia communities on the rise

Mary Ann DeMuth reports that Georgia’s reign as the top state in which to do business for the past eight years is due to more than economic development around the metro areas. In fact, Site Selection, a publication that reaches corporate executives, site-selection consultants and real estate professionals with expansion planning information, recently ranked two non-metro communities in the state among the nation’s top 10 for qualified business investments.

Michael E. Kanell reports that sellers still have the upper hand in the metro Atlanta housing market, thanks to the mismatch between scarce supply and a surplus of wannabe buyers. But with mortgage rates rising, there are signs that a tentative and slow rebalancing has begun.

John Druckenmiller reports that Floyd County’s work force rose to a 13-month high of 42,100 in June, up 1,400 jobs from the same month last year and 200 more than reported in May. Statewide, Labor Commissioner Mark Butler reports the state’s June unemployment rate hit an all-time low of 2.9 percent while Georgia’s number of jobs continued to climb to an all-time high of 4,801,800.

Dave Williams reports that SK Battery America is joining forces with the Georgia National Guard to give Peach State veterans a leg up on hiring at the electric vehicle manufacturer’s plant in Commerce. The company’s CEO joined Gov. Brian Kemp and the leadership of the Guard, the Georgia Department of Veterans Service, and the state Department of Economic Development Wednesday in announcing SK Battery America’s new partnership with the Guard’s Work for Warriors program.

Funding for submarines approved by House

Gordon Jackson reports that funding for the continued development of Columbia-class, ballistic missile submarines for Naval Submarine Base Kings Bay is included in a measure passed by the lower chamber of Congress. The funding is part of the 2023 National Defense Authorization Act approved by the U.S. House.

Elisha Brown reports that a watchdog group has filed complaints against several gun companies including Georgia’s Daniel Defense for donating to super PACS while under federal contract, which is illegal. The Federal Election Commission, known for its ineffectiveness, faces pressure to hold weapons manufacturers accountable.

Sam Gringlas reports that a federal court has ruled Georgia’s restrictive abortion law should be allowed to take effect. Once implemented, Georgia will ban most abortions at about six weeks, before most people know they’re pregnant.

Beau Evans reports, Georgia has an unprecedented surplus to pump into its more-than $30 billion state budget — which pays for public schools, colleges, prisons, Medicare, mental health, police, state government workers and that is used to fight the Covid-19 pandemic, among many other services. Totaling $5 billion, the surplus can fund any number of things the state already pays for – from raising teacher and state worker salaries, to staffing up prisons and juvenile detention centers facing guard shortages, to widening heavily trafficked highways and replacing worn-out bridges.

Jordain Carney reports that the House Republican who led a tour of the Capitol complex on Jan. 5, 2021, that further fueled Democratic worries of pre-riot “reconnaissance” could end up leading the GOP’s investigation of the Jan. 6 select committee. Rep. Barry Loudermilk found himself in the select panel’s crosshairs over his Jan. 5 tour, where participants took photos of stairwells and other elements of the Capitol complex not typically of interest to visitors.

Why Brian Kemp believes he can win more minority support

Greg Bluestein reports that Gov. Brian Kemp’s internal metrics paint an optimistic portrait of his chances in November against Stacey Abrams. They also signal a potential opening among voters of color.