T.A. DeFeo reports that Amtrak is looking to make Atlanta a railroad hub again, but the quasi-federal agency can’t say how much it will cost to run new routes across the Peach State and the region. Last year, Amtrak released a $75 billion passenger rail proposal. 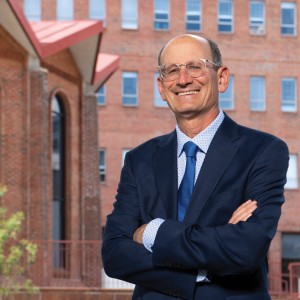 Patty Rasmussen reports, with passage of the bipartisan infrastructure law (Infrastructure Investment and Jobs Act) in November 2021 and the promise of federal infrastructure funds flowing to the states, self-taxing community improvement districts (CIDs) are in a sweet spot. Their mission, typically projects dealing with beautification, public safety and transportation, has never been more timely.

Feel like 2022 has been hotter than normal in Atlanta? You’d be right

Drew Kann reports that new federal data shows that the months from January to June 2022 were the 4th hottest such period for Atlanta in 93 years of record-keeping. According to analysis by the National Oceanic and Atmospheric Administration, temperatures so far this year have averaged 2.1 degrees above what was considered normal between 1981 and 2010.

Asia Ashley reports that top education officials in Georgia are looking reduce the number of teachers leaving the workforce due to teacher burnout, which educators say has increased during the pandemic. Approximately 31% of educators say they are unlikely or highly unlikely to remain in education for another five years, according to a 2022 PAGE Legislative Survey conducted by the Professional Association of Georgia Educators, comprised of more than 4,500 members.

Madison Hogan reports, from the rise in gun violence to inflation, Georgia Power Chairman, President and CEO Chris Womack addressed a number of troubling issues while encouraging business leaders in the crowd to have vision, innovation and persistence at the Cobb Chamber of Commerce’s Marquee Monday breakfast. Admittedly going off script from the speech written for him for the event, Womack spoke about the need to face these challenges head-on.

Staff reports that the National Science Foundation has awarded the University of Georgia $2.5 million to expand the Peach State Louis Stokes Alliance for Minority Participation (LSAMP) – a coalition of six public colleges and universities in Georgia formed to increase the number of underrepresented students statewide who complete undergraduate and advanced degrees in science, technology, engineering and mathematics fields.

Hannah E. Jones reports that Southface is an Atlanta-based nonprofit focused on building sustainable, efficient homes, workplaces and communities. James Marlow was named Southface’s new president in May, but his history with the local nonprofit goes far beyond 2022.

Jeff Gill reports that a wave of developments, including an extended-stay hotel and hundreds of apartments, could get ramped up in Oakwood. City Council voted Monday, July 11, to approve sewer allotments for several previously approved projects, including Candlewood Suites, which was OK’d in 2020 after a lengthy process that involved retooling rules governing extended-stay hotels.

John Druckenmiller reports, from corporate offices to healthcare headquarters to upscale storage, Technology Parkway has seen a variety of development over the years. So why not welcome a $1 million solar power farm?

Dave Williams reports that Republican state Sen. Burt Jones has jumped out to a huge fund-raising lead over Democrat Charlie Bailey in the race for lieutenant governor with fewer than four months remaining until Election Day. Meanwhile, the Democratic challengers in the contests for secretary of state and state school superintendent are outpacing the GOP incumbents in the battle for campaign dollars.

Mark Niesse reports that a federal judge has denied an attempt by advocacy organizations to throw out a part of Georgia’s voting law that prohibits mailing multiple absentee ballot applications to voters. The ruling by U.S. District Judge J.P. Boulee leaves in place restrictions on sending absentee ballot request forms after voters were swamped with repeated solicitations during the 2020 election year.