Dave Williams reports that the University System of Georgia (USG) generated an economic impact of $19.3 billion across the state during the last fiscal year, up $700 million – or 3.8% – over fiscal 2020. That economic impact translated into 152,629 full- and part-time jobs, about a third of which were on campus and two-thirds off campus. 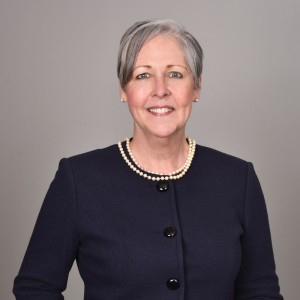 Karen Kirkpatrick reports, in Georgia, about one in eight, or 12.5%, of adults are food insecure, which means that they have periods of time where they don’t know where their next meal will come from. That includes one in six, or 15%, of Georgia children.

Delta pilots union to picket in Atlanta and around the country

Kelly Yamanouchi reports that pilots at Delta Air Lines plan to picket at Hartsfield-Jackson International Airport and other major airports around the country this week as they call out the carrier for mass flight cancellations and push for a new labor contract. The planned picketing comes as the busy July Fourth travel period gets underway and as Delta has grappled with flight cancellations amid a staffing shortage and surge in travel demand.

Hunter Riggall reports that a Marietta-based biotechnology firm planning to build its new headquarters at a site once occupied by the Marietta Flea Market is now looking to add a four-story hotel and a cafe to its redevelopment plans. At the end of last year, the city sold the 6.7-acre property at the corner of Franklin Gateway and South Marietta Parkway to MiRus, LLC, a biotech firm, for $5.4 million, with the expectation that MiRus would build a three-story, 80,000-square-foot facility.

As warehousing booms and trees come down, communities struggle to find balance

Emily Jones reports, saving and planting new trees has long been a pet project for environmental activists, the trees in western Chatham County have become a serious area of concern as new warehouses pop up to support the ever-growing Port of Savannah. “This is an issue of quality of life, and public health, and really just making sure that everybody has the same access to green space,” said Zoe Rinker, executive director of the Savannah Tree Foundation.

Mary Landers reports that Alabama-based Twin Pines Minerals filed suit against the Army Corps of Engineers last week, claiming the federal agency erred when it bowed to “stakeholder pressure” earlier this month and made it harder for the company to get permits to mine near the Okefenokee National Wildlife Refuge. Twin Pines has proposed mining for titanium dioxide and other heavy minerals about three miles from the edge of the Okefenokee along a line of ancient sand dunes called Trail Ridge.

Stanley Dunlap reports that Georgia‌ ‌Power’s plan to saddle its customers with a 12% electricity rate hike over the next three years will be decided by a Public Service Commission that’s the focus of a federal trial this week that claims Black residents suffer disproportionately from higher utility bills and are disenfranchised by the state regulator’s candidacy rules. On Monday, lawyers delivered opening statements and the first witnesses took the stand in an Atlanta U.S. District courtroom as the Rose vs. Secretary of State Brad Raffensperger lawsuit got its first hearing.

T.A. DeFeo reports that the state of Georgia will receive $29,399.10 following a multistate settlement with Carnival Cruise Line. The money is part of a $1.25 million settlement that Florida-based Carnival made with 46 states following a 2019 data breach involving the personal information of roughly 180,000 Carnival employees and customers nationwide.

Rebecca Grapevine reports that Georgia’s “heartbeat law” banning abortions after the first six weeks won’t take effect until at least mid-July despite last week’s U.S. Supreme Court ruling overturning the 1973 Roe v. Wade decision that legalized the procedure. The 11th U.S. Circuit Court of Appeals is asking both sides in a lawsuit over Georgia’s law to file legal briefs within the next three weeks.

Greg Bluestein reports that Gov. Brian Kemp intensified a campaign to paint his Democratic challenger Stacey Abrams as soft on crime with a new effort aimed at drowning out her proposal to hike law enforcement pay. Kemp followed up an ad blitz highlighting Abrams’ past remarks on the “defund the police” movement with a statement Monday from more than 100 Georgia sheriffs who boasted of the Republican governor’s record and condemned Abrams’ “complete disdain for law enforcement.”