Atlanta’s Pitch to Belgian Princess: Diversity in Business Is Our Thing

Trevor Williams reports, when Jill Vanparys, a freelance video game designer from Belgium, welcomed her country’s princess to Georgia State University this week, she considered what kind of game might be created to honor Her Royal Highness. As the government of Belgium’s Flanders region undertakes an effort to bolster the video-game sector through tax incentives, industry leaders like Ms. Vanparys hope the industry as a whole will tackle intrinsic bias against women, a symptom of its overall diversity deficit. 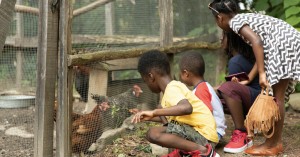 Mary Ann DeMuth reports that Juneteenth is an annual commemoration that marks the end of enslavement in the U.S. The final date in which enslaved Black people in Texas were pronounced free was June 19, 1985. After a two-year in-person hiatus due to the COVID pandemic, the Atlanta History Center is holding a Juneteenth celebration on Sunday, June 19  from 9 a.m. to 5 p.m.

Kelly Yamanouchi reports that Delta Air Lines will transport baby formula from London to Boston and Detroit later this month as part of the Biden administration’s Operation Fly Formula. The Atlanta-based carrier is donating the transport of 212,000 pounds of imported Kendamil formula to the United States to be distributed to retailers nationwide, according to the White House.

Jenny Owen reports that Winship Cancer Institute of Emory University has been awarded a P01 program project grant from the National Cancer Institute (NCI) to support research aimed at improving the effectiveness of immunotherapy for lung cancer in patients with a mutation of the LKB1 gene, a group for whom the present immunotherapy options do not provide robust benefit. The award will provide nearly $11 million dollars over five years to a team of Winship researchers led by Haian Fu, PhD, and Suresh Ramalingam, MD.

Bailey explains his qualifications for lieutenant governor in solo debate

Asia Ashley reports that Democrat candidate for lieutenant governor Charlie Bailey said his runoff opponent Kwanza Hall is unfit for the role due to his absence from a debate. During the solo debate, Bailey also referred to a mysterious incident where Hall obtained a position of senior adviser to Atlanta Mayor Keisha Lance Bottoms in violation of the city charter.

Georgia mental health commission planning next round of reforms

Tia Mitchell reports that Byung “BJay” Pak, the former Atlanta-based U.S. attorney who was pressured by President Donald Trump to pursue false allegations of election fraud, is scheduled to testify at Monday’s hearing of the House committee investigating the Jan. 6 Capitol riot. Pak has already spoken privately with members of Congress examining the root causes of the attack. He resigned abruptly in January 2021 after learning that Trump intended to fire him