This small town in Georgia ranks among the nation’s best places to visit. Here’s why.

Simone Jasper reports that a Georgia destination, brimming with museums, is one of the nation’s best small towns to visit, new rankings show. Cartersville earned a spot on a list of places offering the best cultural activities, scenery and other qualities that attract tourists to more intimate locations, according to Smithsonian Magazine. 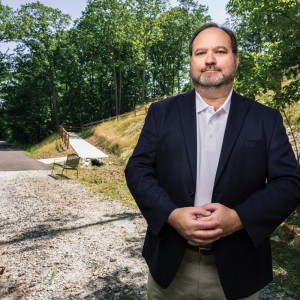 Susana Hills and Patty Rasmussen report, as COVID-19 continued to impact our lives last year, county governments across the state stepped up to address critical needs. Georgia Trend and ACCG, a nonprofit serving county governments, teamed up to recognize six initiatives that not only solved pandemic-related issues, but will also offer a positive return on investment for those communities in the future.

Drew Kann reports that after being hamstrung for months by supply chain constraints, reaction from Georgia solar companies to moves this week by the White House to boost clean energy has been mixed. On Monday, President Joe Biden waived tariffs on solar panels from four southeast Asian countries for the next two years.

Marisa Mecke reports, at the site of a proposed Twin Pines Minerals mine near the Okefenokee Swamp, the U.S. Army Corps of Engineers recently changed a previous decision to increase wetlands protections. Despite the adjustment, the corps’ decision isn’t the death knell for the mining project.

T.A. DeFeo reports that the federal government will send Georgia millions of taxpayer dollars to pay for airport improvement projects across the state. The Federal Aviation Administration allocated $20.2 million for five airport projects in Georgia.

Joe Hotchkiss reports that a Belgian trade delegation’s visit to Augusta on Sunday was short but, literally, sweet. Business and academic representatives from the European nation toured the local Manus Bio sweetener factory to learn more about how the company’s practices can enhance Belgium’s growing biotechnology sector.

Rebecca Grapevine reports that Georgia will now have until 2025 to spend almost $600 million in federal pandemic relief the state was awarded for services that help people with disabilities and the elderly live at home instead of in institutions. Funds for home- and community-based services from the American Rescue Plan Act (ARPA) President Joe Biden signed into law in March of last year initially were to be spent by 2024.

New Georgia election board chair takes helm ahead of midterms

Alessandro Marazzi Sassoon reports that Primary Election Day made clear who the Republican nominees are for the November general election. For Democrats, four offices will be decided by a runoff election that pits the top two vote-getters for each office from the crowded field of the primary.

Davis Cobb reports that Sen. Jon Ossoff said he’s been developing relationships with the farmers and growers of Georgia. Ossoff met with South Georgia leaders early this month at the headquarters of the Georgia Pecan Growers Association to consult with them about his plans to support the agricultural industry of Georgia, and the people who keep it running.

Patricia Murphy, Greg Bluestein and Tia Mitchell report that Gov. Brian Kemp is stressing the need for more security at schools – not new firearms restrictions or stronger gun control laws – after another series of mass shootings around the country. The governor spoke at the Georgia Alliance of School Resource Officers and Educators conference in Athens on Monday, where he asked for a moment of silence for the 19 elementary school students and two teachers killed in Uvalde, Texas.