Molly Samuel reports that when the U.S. Army Corps of Engineers announced last week that it was changing its stance on a controversial mine proposed near Georgia’s Okefenokee Swamp, the reason the agency gave was its failure, earlier on, to consult with the people the swamp used to belong to, the Muscogee (Creek) Nation. Though they were forced out of Georgia close to two centuries ago, they stay engaged in issues here, said RaeLynn Butler, manager of the Historic and Cultural Preservation Department at the Muscogee (Creek) Nation, which is located in Oklahoma. 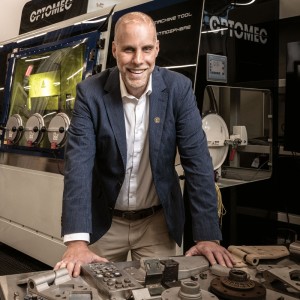 Randy Southerland reports that Georgia is a place where people know how to make things. Consider that the parts holding rockets together as they blast into space are made in Dodge County. Carbice in Atlanta produces thermal tape for satellites. And Saft America in Valdosta makes advanced batteries that power airplanes, satellites and race cars.

Michael E. Kanell reports that scores of Belgian officials and business leaders streamed through the doors at one of Atlanta’s signature attractions and Katie Kirkpatrick just smiled and shook her head. The people crowding into the lobby of the National Center for Civil and Human Rights in downtown were part of the largest economic entourage to visit Georgia since the 1996 Summer Olympic Games gave the state and its capital city a global showcase.

Tim Chitwood reports that Columbus-based Aflac subsidiary Communicorp is recalling 600,000 of the iconic plus Aflac ducks used to promote the popular brand. Anyone owning one of the ducks should dispose of it, according to the U.S. Consumer Product Safety Commission.

Craig Nelson reports that in a hint of possible election crises to come in November and beyond, skeptics about Georgia’s voting systems are mounting an array of challenges in Chatham County and statewide to the outcome of the May 24 primary election. In the span of two days last week, Jeanne Seaver asked Georgia Secretary of State Brad Raffensperger last week for a recount of ballots cast in all of the state’s 159 counties in her race for the Republican nomination for lieutenant governor.

Stephen Fowler reports, the race to become Georgia’s top election official has gained national attention, and now that Republican Brad Raffensperger has been re-nominated as his party’s choice, both Democratic candidates vying to challenge him say he’s not right for voters. In an Atlanta Press Club runoff debate Monday, both state Rep. Bee Nguyen and former state Rep. Dee Dawkins-Haigler said that Raffensperger’s previous actions defending the state’s 2020 election results have been marred by new attacks on voting rights.

Rebecca Grapevine reports that Charlie Bailey, a lawyer who is running for Georgia’s lieutenant governor position, was the sole candidate to appear at the Atlanta Press Club runoff debate today. Kwanza Hall, the other Democratic candidate in the runoff, failed to show up for the debate, giving Bailey a chance to explain how he would defeat Republican nominee Burt Jones in November.

Amy Gardner, Beth Reinhard, Rosalind S. Helderman and Jacqueline Alemany report that a staffer for Donald Trump’s presidential campaign instructed Republicans planning to cast electoral college votes for Trump in Georgia despite Joe Biden’s victory to operate in “complete secrecy,” an email obtained by The Washington Post shows. “I must ask for your complete discretion in this process,” wrote Robert Sinners, the campaign’s election operations director for Georgia, the day before the 16 Republicans gathered at the Georgia Capitol to sign certificates declaring themselves duly elected.

Shannon McCaffrey reports, in an emotional prime-time address, President Joe Biden implored Congress to “do something” to curb gun violence. This week, the House will vote on a package of gun control measures while, in the Senate, a bipartisan group of lawmakers has been working to find common ground.