Marisa Mecke reports that the U.S. Army Corps of Engineers announced Friday it has reversed its decision to allow mining near the Okefenokee. The decision came after a request from Georgia Sen. Jon Ossoff to restore federal protections of the wetlands in the country’s largest blackwater swamp due to its cultural and historical importance to the Muscogee (Creek) Nation. 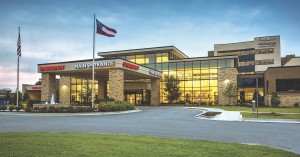 Kenna Simmons reports that for rural communities in Georgia, a hospital is literally a lifeline. But in the last 10 years, eight rural hospitals have closed, meaning residents have to drive further to access healthcare or to have routine screenings

Kelly Yamanouchi reports that plans for a $5 billion Rivian electric vehicle factory east of Atlanta are barreling forward after an incentive agreement cleared two key county votes, but an opposition group has raised concerns about the way one board approved it. A lawyer for Morgan County Land, Sky & Water Preservation has sent a series of letters to the county’s Board of Assessors attacking the legality of the Rivian deal and the board’s action.

Staff reports, on Friday, Governor Brian P. Kemp announced that William S. Duffey, Jr. has been appointed as the new Chair of the State Elections Board. “Judge Duffey has been involved in complex litigation for decades, both as a lawyer and a judge,” said Governor Kemp.

T.A. DeFeo reports that the delayed certification of DeKalb County’s May 24 election is proof that Georgia’s new voting law is burdening local officials, the ACLU of Georgia says. However, state officials disagree with the organization, saying the state’s new election law has no bearing on local elections issues.

Ross Williams reports that over 7,000 groups ranging from political parties to environmentalists and anti-union coalitions spent money to beam Facebook ads to Georgians’ screens last month during the buildup to the May 24 primary election. Counting only the ads that cost at least $100, Facebook took in more than $3.8 million last month from candidates and political committees who want their message in front of Georgia eyeballs.

Patricia Murphy, Greg Bluestein and Tia Mitchell report that over the weekend, we brought you the story about how a pro-Herschel Walker outside group’s $25 gas card giveaway sparked legal questions and fueled outrage among the Republican’s critics. A spokesman for 34N22 said that, despite what Stanton-King said, Walker did not direct or help plan the event.