Dave Williams reports that Georgia Power’s plan to close in place some of its coal ash ponds violates a federal rule prohibiting ash to be in contact with groundwater, an environmental consultant said this week. Mark Quarles, a senior consultant with Chicago-based BBJ Group, testified before the Georgia Public Commission (PSC) during three days of hearings on a plan the utility submitted in January outlining the mix of energy sources it intends to rely on for power generation during the next 20 years. 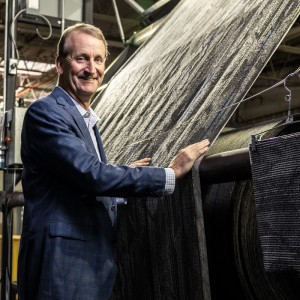 From Planet to People

Kenna Simmons reports, sustainability means using fewer resources (like water and non-renewable energy), creating less waste, making sure soil, water and air are clean, and reducing carbon emissions. Those are the kinds of issues the flooring industry has been working on for decades.

Joe Kovac Jr. reports that Perry Police Chief Steve Lynn, a four-plus-decade veteran of local law enforcement has been nominated by President Joe Biden to serve as the region’s U.S. Marshall. If he is confirmed by the Senate, Lynn will replace John Cary Bittuck, a former longtime midstate sheriff who was a Donald Trump appointee.

Trevor Williams reports that Arcadia, a Silicon Valley software firm that helps companies and consumers monitor energy usage and assess their carbon footprints, has acquired Atlanta-based Urjanet to deepen its access to utility data. Urjanet is the largest provider of utility data in the world, spending the last decade growing its reach into more than 9,500 utilities in 52 countries.

The Okefenokee Experience: A tri-county effort to boost ecotourism around the swamp

Hannah E. Jones reports that the Okefenokee Swamp — 428,000 acres of wetlands — hosts 424 animal species and 620 types of plants and, famously, around 13,000 alligators. Under a new initiative, the swamp’s special attributes will be used to protect the natural resource and energize the local community.

Beau Evans and Alessandro Marazzi Sassoon report, around 105,000 drivers have their licenses suspended each year in Georgia for failing to pay traffic fines within three months, according to the nonprofit Georgia Justice Project. That could happen for minor speeding violations, a broken taillight or not coming to a full stop at a stop sign.

Kira Lerner reports that dozens of Georgia Republican state lawmakers belong to Facebook groups pushing messages on the fringe of the conservative mainstream. The most common themes of the far-right Facebook pages joined by Georgia GOP lawmakers are Tea Party membership, opposition to COVID-19 safety restrictions, opposition to Common Core in education and opposition to Critical Race Theory in public schools.

T.A. DeFeo reports that Georgia is working to create Behavioral Threat Assessment Teams throughout the state as a part of a broader school safety effort. Eight regional Homeland Security Coordinators, all sworn law enforcement officers, will lead the teams and respond to threats or concerning behavior that may be considered a pathway to violence.

Diane Wagner reports, building the wall and barring transgender athletes from women’s sports were the top two issues of interest for voters in the nonbinding survey from the Georgia Republican Party that appeared on the primary election ballot. Democrats statewide weighed in most frequently on paid parental leave and universal preschool from the list of ballot questions posed by their party.

Rebecca Grapevine reports that America is facing an “epidemic of gun violence,” state Sen. Michelle Au, D-Johns Creek, said Friday at a press conference called by the Democratic Party of Georgia in response to the recent mass shootings. “It keeps happening and sometimes it feels like it never stops,” Au said.

Kelly Yamanouchi reports that DeKalb County continued a hand recount of ballots on Memorial Day Monday to determine the winner of a county commission race in the Democratic primary. Programming errors made the initial election results of that District 2 commission race inaccurate and also caused problems with a recount that started Saturday.