Staff reports that Governor Brian P. Kemp announced that Qcells, one of the largest and most-recognized renewable energy solutions providers, will invest $171 million in a new solar module manufacturing facility in Dalton, creating 470 new jobs in Whitfield County. The new facility is expected to increase the number of Qcells employees in Georgia to more than 1,000. 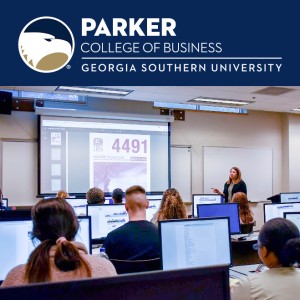 Julia Roberts reports, what would it take to make your dream job a reality? If you’re seeking a career as a CPA or wish to join the accounting department of a thriving company, you’ll need the proper training. To help you achieve your goals, Georgia Southern University’s Parker College of Business offers a dynamic Master of Accounting degree program students can access either through in-person classes (MAcc) or online (Web MAcc).

Two Georgia counties saw some of the biggest housing growth in the U.S.

J. Scott Trubey reports that two Georgia counties ranked near the top of the nation for their rates of growth in housing units, according to data released this week by the U.S. Census Bureau. Morgan County, located about an hour east of Atlanta down I-20, reported growth in new housing units of 5.2% from July 2020 to July of last year, tied for fourth in the nation with two other counties, according to the report.

Automann Inc. to bring more than 150 jobs to Paulding County

Helen Kellogg reports that SK Commercial Realty and Goldenrod Companies announced the execution of a 367,000-square-foot lease with Automann Inc. for a new distribution facility that will be located within the Silver Comet Industrial Park in Paulding County. Automann will occupy the entirety of Building I, which will be the first of six new Class A industrial centers to be constructed at the new park.

Allison Joyner reports that during the Atlanta Business League’s 43rd CEO Awards Luncheon, Georgia Power Chairman, President and CEO Chris Womack along with others were recognized for their leadership in corporate America, entrepreneurship, and politics. “I failed. I made mistakes but I learned from them. I never gave up and guess what, God never gave up on me and I never gave up on God,” said Womack, who received the Herman J. Russell CEO of the Year award.

Curt Yeomans reports, senior graduating from Brookwood High School this spring is getting a financial gift from Airbnb co-founder Joe Gebbia to help them get their future off to a solid start. Gebbia, a 2000 Brookwood graduate, announced during his speech at the school’s graduation on Wednesday night that he is giving 22 shares of Airbnb stock to every member of the school’s Class of 2022.

Update: Gainesville’s Butch Miller hoping to squeak into a runoff for lieutenant governor

Conner Evans reports that Gainesville’s Sen. Butch Miller maintains the Republican race for lieutenant governor is not over, despite his opponent’s declaration of victory. Miller is still hoping to draw a runoff with state Sen. Burt Jones, R-Jackson, who had 50.08% of the vote with 99.4% of precincts reporting at 3 p.m. on Thursday.

Voters approve regional transportation tax. What does Columbus get out of it?

Katie Glueck and Maya King report that as Ms. Abrams hurtles into a general election against Gov. Brian Kemp in what will be among the most closely watched governors’ races in the nation, her candidacy will offer a vivid test of a significant question facing Democratic candidates this year. To what extent can clearly defined, distinctive personal brands withstand the staggering headwinds facing the Democratic Party, as Republicans seek to nationalize the midterm campaigns at every turn?

Greg Bluestein reports that federal investigators have interviewed several Georgia Republicans who refused to join a phony slate of GOP electors to help Donald Trump’s failed effort to overturn the 2020 presidential election. The interviews, first reported by CNN, involved at least one Republican who decided to take his name off the electoral list, along with one other activist who rejected an offer to join the group.