T.A. DeFeo reports that Georgia Gov. Brian Kemp has not said whether he would seek to extend the state’s motor fuel tax suspension when it expires at the end of May. However, during a Wednesday morning interview with an Atlanta radio station, the governor indicated an announcement might be looming. 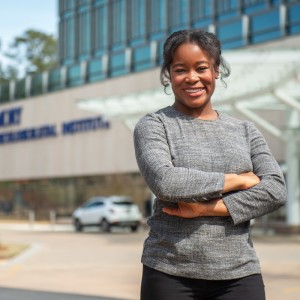 Jennifer Hafer reports, creating city centers, connecting trails and green spaces and courting corporate headquarters – these are a few of the Perimeter area’s favorite things. Dunwoody, Sandy Springs and Brookhaven are all undergoing a major shift in how suburban areas like those near the I-285 perimeter highway are designed. As one of Metro Atlanta’s first suburbs, Dunwoody began its transformation with an influx of people looking for an alternative to downtown, according to City Manager Eric Linton.

Kelly Yamanouchi and J. Scott Trubey report, a Morgan County board signed off Wednesday on a property rental agreement that’s a centerpiece of the $1.5 billion incentive package offered to electric vehicle maker Rivian. The 4-1 vote means the Morgan County Board of Assessors ruled the rental agreement, known as a usufruct, does not make Rivian’s interest in the property taxable.

Amy Wenk reports that Big Brothers Big Sisters of Metro Atlanta has received the largest single donation from an individual in its history. Philanthropist MacKenzie Scott donated $3.6 million to the organization, which works to ensure youth have access to mentoring experiences.

Record-low jobless rates in Floyd, Bartow and much of Northwest Georgia in April.

John Druckenmiller reports, Rome recorded an all-time low unemployment rate of 2.4 percent in April, down eight-tenths of a percent over the month. A year ago, the rate was 3.8 percent.

Aurora Perez reports, Colombia recently held its first post-pandemic trade forum in two cities, bringing in a U.S. delegation that included 10 Georgia companies as the country sought to position itself as a reliable sourcing partner in an age of uncertain supply chains. 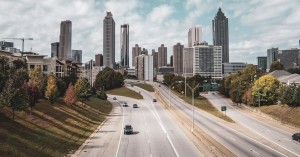 Traveling smarter in the future

Mary Ann DeMuth reports that Memorial Day is upon us, signaling the start of summer and a traffic-heavy weekend. The American Automobile Association estimates nearly 1.2 million Georgians will travel at least 50 miles from home this weekend. And despite high prices at the gas pump, 90% of these travelers will be driving.

Max Cleland eulogized Wednesday as a ‘force of nature’

Dave Williams reports that former U.S. Sen. Max Cleland was remembered Wednesday as a “force of nature” who overcame horrific wounds during the Vietnam War to selflessly serve his nation in Congress and the Veterans Administration. Cleland, a Democrat, who died last November at the age of 79, lost both legs and his right arm in 1968 after a grenade exploded near his unit during the Battle of Khe Sanh.

Chart Riggall reports, voters gave three thumbs down to the Cobb cityhood initiatives of East Cobb, Lost Mountain, and Vinings, all of which were defeated in Tuesday’s elections. The resounding “no” votes were a stinging rebuke to the efforts which sought to wrest control of land use and other services away from Cobb County, and into the hands of new city governments.

Beau Evans and Alessandro Marrazzi Sassoon report, once again, Georgia voters will choose between Brian Kemp and Stacey Abrams to become governor. The difference this year: Democratic office-seekers have made more headway in Georgia than Kemp and Abrams’ last matchup in 2018.

Mark Niesse reports that Georgia’s primary election is going into overtime with runoffs in both parties for the U.S. House, along with Democratic Party runoffs for lieutenant governor, secretary of state and two other statewide races. Runoffs will take place in just four weeks, on June 21, because of Georgia’s voting law passed last year.