Few Hiccups at Polling Places Across Georgia on Primary Tuesday

Alessandro Marazzi Sassoon reports, voters across the Peach State largely encountered few difficulties at the election polls today. Sporadic instances of polling place mixups, technical glitches and other obstacles were reported across the state, but nothing that elections observers and experts deemed out of the ordinary. 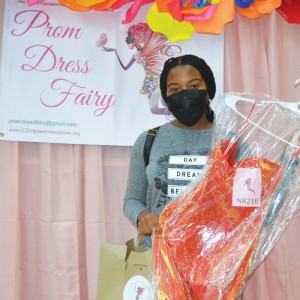 Candice Dyer reports, for many girls, the Cinderella magic of a perfect ball gown for a formal occasion seems out of reach. Enter the “Prom Dress Fairy,” aka Imani Marley-Husbands, who is known for giving away formal wear to whomever needs it.

Michael E. Kanell reports, more than 1 million Georgians are expected to be on the road for the Memorial Day holiday, the vast majority driving gas-powered vehicles paying near-record prices for fuel. Holiday gas — averaging $4.13 a gallon for regular unleaded in metro Atlanta as of mid-day Tuesday — will be the highest price ever for the weekend that unofficially kicks off the summer vacation.

Trevor Williams reports that when 150 Belgian companies descend on Atlanta next month, they’ll be seeing a part of the country that doesn’t come up on the radar for most. But what they may not realize is what Belgian diplomats have noticed over time — that the South, and especially Georgia, has become a hotbed for Belgian investors in flooring, pharmaceuticals, chemicals, digital displays and many more sectors.

Larry Hobbs reports, about 100 folks gathered Wednesday at the grounds of the Old Stables on St. Simons Island for the dedication of the Ibo Landing historical marker, an occasion marked by moving speeches from key players in the plaque’s fruition. But perhaps the most poignant moment began after the prepared tributes when a graying African American man began crooning a gospel standard from his seat in the audience beneath a shade tree.

T.A. DeFeo reports that incumbent Georgia Gov. Brian Kemp fended off a challenge in the Republican primary Tuesday, setting up a November rematch of the 2018 election. At about 8:30 p.m., Kemp had picked up roughly 73% of the votes cast, and former U.S. Sen. David Perdue acknowledged Kemp’s victory, telling supporters he called the governor to congratulate him. Perdue urged his supporters to support Kemp in November and promised to work on behalf of the governor’s re-election bid.

Ross Williams reports that football star-turned politician Herschel Walker has fought off a crowded field of Republican competition and secured a spot in the general election against Democratic Sen. Raphael Warnock in November. The Associated Press projected Walker would be the winner about an hour after polls closed.

Stephen Fowler reports that incumbent Secretary of State Brad Raffensperger has declared victory in Georgia’s Republican primary, offering a rebuke of false fraud claims and defeating Trump-backed Jody Hice with about 52% of the vote as of midnight. The race has not yet been called by The Associated Press, but Raffensperger expressed confidence his margin would hold.

Staff reports that two contestants are poised to face off on the November ballot for the 14th District Congressional seat. Rep. Marjorie Taylor Greene is holding a dominating lead for the Republican Party nomination for 14 District Congressional seat. Marcus Flowers also holds a dominating lead for the Democratic Party nomination as votes continue to come in.

Georgia voters have their say

Craig Nelson and William Daughtry report, a longtime Savannah lawyer will face off against a community activist in a runoff next month to decide who will take on Republican Rep. Earl L. “Buddy” Carter in this fall’s general election for Coastal Georgia’s seat in U.S. Congress. With 80% of the votes counted in Tuesday’s primary, Joyce Marie Griggs, the activist, was leading Herring, the lawyer, by 48.79% of the vote to 37.58%