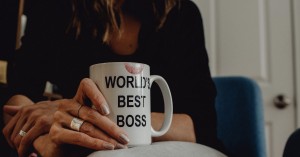 Mary Ann DeMuth reports that next month the Greater Women’s Business Council is cohosting one of the nation’s largest conferences for female business owners. The Women’s Business Enterprise National Council (WBENC) National Conference will take place at the Georgia World Congress Center in Atlanta on June 7th through 9th. Approximately 3,000 attendees from across the country are expected to attend.

Scott Trubey and Kelly Yamanouchi report that after years in which Tesla was a lone standout in battery-powered cars and the rest of the industry appeared mired in the slow lane, the biggest vehicle brands are suddenly placing future-defining bets. “We are definitely at a watershed moment, at a tipping point in the automobile industry,” said Kevin Ketels, an assistant professor of global supply chain management at Wayne State University in Detroit.

Tom Spigolon reports that Rivian’s planned production facility near Social Circle will be where the company produces a new SUV model expected to be more affordably priced than its current vehicles. The company said in a quarterly letter to shareholders that its facility planned for 2,000 acres in Walton and Morgan counties would be “the production site for our future R2 platform — a more accessibly priced mid-sized SUV targeting global markets.”

Leadership change coming to Columbus-based Synovus Bank. Who’s moving where and why

Mark Rice reports that Columbus-based Synovus Bank announced a leadership change Friday. Heath Schondelmayer has been appointed as CEO of the bank’s West Central Georgia and East Alabama division, effective June 1. He will continue as Columbus market president, his position since January 2017.

Marisa Mecke reports that Georgia Power recently announced it is issuing $1.5 billion in unsecured senior bonds aimed at supporting racial equality, economic opportunity and environmental sustainability. According to a May 6 statement from the Atlanta-based utility, $800 million of the bonds were the first-ever Equality Progress Sustainability Bonds issued by a corporate borrower, and at least half of the net proceeds of those EPSB bonds will be spent supporting primarily minority- and female-owned suppliers.

Ross Williams reports that Georgia students will soon be trading their pencils and books for sunglasses and swimsuits after a busy school year. For teachers, the summer break is often a time for lesson planning and professional training. Tiffany Fannin, a social studies teacher who works with special education students, will be undergoing some extra training this summer to help her handle the type of sensitive issues currently occupying headlines and legislators’ brains.

Georgia county under scrutiny after claim of post-election breach

Emma Brown and Amy Gardner report that a former elections supervisor in rural Coffee County, Ga., has told The Washington Post that she opened her offices to a businessman active in the election-denier movement to help investigate results she did not trust in the weeks after President Donald Trump’s 2020 defeat. Trump had carried the conservative county by 40 points, but elections supervisor Misty Hampton said she remained suspicious of Joe Biden’s win in Georgia.

John Bailey reports that Secretary of State Brad Raffensperger upheld an administrative law judge’s opinion on Friday that Jeff Lewis was ineligible to qualify as a candidate in the state Senate District 52 race. The issue is that Lewis didn’t file nearly 10 years worth of campaign finance disclosures from his time in the state House.

Dave Williams reports that Gov. Brian Kemp issued four line-item budget vetoes Friday and instructed the General Assembly to ignore the language in 26 other budget line items. One day after signing the $30.2 billion fiscal 2023 spending plan, the governor axed three technical college projects that were to be financed with bonds, including funds to design a logistics, transportation and manufacturing complex at West Georgia Technical College and an advanced manufacturing center at Columbus Technical College.

Revenge of the establishment? Trump’s GOP critics rally behind Kemp

Greg Bluestein reports that Donald Trump’s name wasn’t uttered by Arizona Gov. Doug Ducey as he touted Brian Kemp’s “steel spine” at a weekend campaign stop. Nor did it come up when Georgia’s Republican governor talked of “very important people” who opposed his decision to reopen the state’s economy early in the coronavirus pandemic.