Staff reports that Governor Brian P. Kemp yesterday announced that Boehringer Ingelheim, a global research-driven pharmaceutical development and manufacturing company based in Germany, will expand its Animal Health Global Innovation center in Athens, Georgia. The $57 million investment will increase laboratory space and bring additional research and development capabilities and activities, including 55 new positions, to the site. 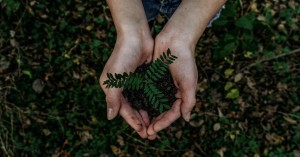 Kenna Simmons reports that when the first Earth Day took place in 1970, 20 million Americans joined in demonstrations to show their concern for the environment. And it had an immediate impact – later that year, Congress created the Environmental Protection Agency. Laws to protect water, air quality and endangered species followed, too.

Drew Kann reports that Atlanta Gas light announced plans this week to double the capacity of its liquified natural gas (LNG) facility in Cherokee County. Construction is already underway and will be completed in phases over the next three years, the company said in its Tuesday announcement.

Zach Armstrong reports that financial technology startup Capital on Tap is tripling its Atlanta office footprint. The company, dual headquartered in London and Atlanta, spent a year of establishing a presence in the U.S. in its 1,100-square-foot office in Ponce City Market, a development along the Eastside BeltLine that’s popular among tech companies.

Atlanta could get a new VA hospital, but it could take decades

Justin Gray reports that the Department of Veterans Affairs wants to build a new VA hospital in Atlanta, but that multi-billion dollar plan could take decades to complete. A new VA hospital could restructure healthcare for veterans across metro Atlanta, but waiting decades may not be the fix they are hoping for.

Imani Beverly-Knox reports that the placement of dams and reservoirs, alongside pollution, have led to the Coosa River being named the fifth most endangered river in the United States, the river conservation group American Rivers announced during a teleconference on Tuesday. The Coosa River is formed in Northwest Georgia when the Etowah and Oostanala rivers join together in downtown Rome.

Nancy Guan reports that the effort to divide Port Wentworth has stalled as city officials search for a research group to conduct a feasibility study into splitting the municipality into two jurisdictions. City Manager Steve Davis told council Tuesday the University of Georgia’s Carl Vinson Institute of Government rebuffed requests to prepare an analysis of the fiscal consequences of a municipal split.

Staff reports that NPSG Global is expanding their global headquarters with a new location in Marietta. Founded in 2012, NPSG Global provides a broad range of material handling products and solutions to improve operational efficiency for warehouse, distribution and e-commerce companies.

Stephen Fowler reports that a bipartisan mental health reform bill in Georgia was briefly sidelined after far-right Republican groups spread disinformation about its purpose, including false claims of decriminalizing pedophilia. After years of ranking near the bottom in access to care, Georgia lawmakers crafted a bill that would require insurance companies to cover mental health the same way they do physical health.

T.A. DeFeo reports that Georgia Gov. Brian Kemp has joined the governors of more than two dozen states to create a task force to crack down on transnational criminal organizations. The American Governors’ Border Strike Force will work to disrupt and dismantle cartels. As part of the effort, states will increase their collaboration, fight human smuggling and work to stop the drug flow.

Dave Williams reports that highway projects across Georgia are being squeezed by the increasing cost of construction materials brought on by the war in Ukraine and other inflationary pressures, a state Department of Transportation engineer said Wednesday. The war has destroyed the Ukrainian city of Mariupol’s ability to continue functioning as a major steel center, Mark Mastronardi, a deputy chief engineer with the DOT, told members of the State Transportation Board.

Maya T. Prabhu reports that an endorsement from former President Donald Trump could help shape the outcome of the four-way Republican primary for Georgia’s open lieutenant governor race. Burt Jones — a Jackson Republican and state senator who has supported Trump’s conspiracy theories that his 2020 election was stolen — has led in several polls of potential primary voters, sometimes by double digits.