Why some Georgians will get an unexpected state tax refund

Joe Hotchkiss reports that Georgia tax returns are due Monday, April 18. And now, millions of Georgians will be due a tax refund after Gov. Brian Kemp signed a bill in late March allowing $1.1 billion in additional refunds because of a state revenue surplus. 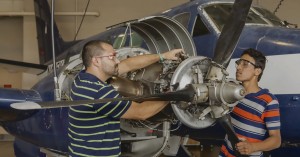 A look at the HOPE Career Grant with former Gov. Nathan Deal

Patty Rasmussen reports that one of the most transformational programs to hit the Technical College System of Georgia (TCSG) was the High Demand Career Initiative (and later became the HOPE Career Grant). It was a proposal that started during the administration of former governor Nathan Deal that sought to fill the workforce pipeline by offering free tuition to students who chose to pursue education in high-demand careers identified by the state, business and industry leaders, and educators.

Michael E. Kanell and Greg Bluestein reports that after decades of political wrangling and environmental roadblocks and nearly seven years of dredging muck from the river bottom, one of Georgia’s most anticipated economic development projects — the nearly $1 billion deepening of the Savannah River channel — is finally complete.

Dyana Bagby reports that construction of a 13-story office tower that is part of a major makeover of Buckhead’s upscale Phipps Plaza mall is nearing completion. Its first tenant is set to move in this fall with a fresh take on office design it hopes will lure workers back after two years of remote work due to the COVID-19 pandemic.

Staff reports that the Home Depot Foundation and Girl Scouts of Greater Atlanta hosted a workshop over the Easter weekend to introduce girls to construction and skilled trades. The pilot program saw the Girl Scouts building an Americans with Disabilities Act-compliant picnic table.

Madeline Hipp reports that Cobb Commission Chair Lisa Cupid and the county staff are preparing to transfer services to as many as four proposed cities coming up for referendum, despite uncertainty over the fiscal impact and logistics. Residents will decide on May 24 whether to incorporate East Cobb, Lost Mountain and Vinings. Residents of Mableton will vote Nov. 8.

Benjamin Payne reports that the Savannah City Council voted unanimously Thursday to expand its network of ShotSpotter acoustic sensors meant to help police officers quickly pinpoint the precise location of gunfire, despite the technology coming under criticism from some police reform advocates. The modified contract with ShotSpotter Inc. nearly doubles the city’s coverage from its current four square miles to seven-and-a-half square miles.

Robert Farley reports, when it comes to political images, seeing shouldn’t always be believing. Case in point is an image recently tweeted by Georgia Gov. Brian Kemp that is misleadingly presented to make his polling advantage over Republican rival David Perdue appear larger than it actually is in a hypothetical general election matchup with Democratic candidate Stacey Abrams.

Stanley Dunlap reports that former Georgia Republican U.S. Sen. David Perdue notoriously skipped the debate stage when eventual 2021 runoff winner Democrat Jon Ossoff appeared next to an empty podium in their 2020 contest. But as he mounts a primary battle against former political ally turned foe Gov. Brian Kemp, Perdue is signed on to take the debate stage this time around to try out his increasingly sharpened attacks for Georgia broadcast viewers to chew on.

Dave Williams reports that will be a lot of new faces in the General Assembly come next January. But the breakdown between majority Republicans and minority Democrats may not change much.

Patricia Murphy, Greg Bluestein and Tia Mitchell report that the Georgia GOP held its annual spring gala on Thursday at the Georgia Aquarium featuring a headline speech by Florida U.S. Sen. Rick Scott. But the bigger Republican draw might have been 215 miles to the southeast.