Dave Williams reports that the General Assembly gave final passage Monday night to a $30.2 billion state budget that provides pay raises to state employees and Georgia teachers. During the final hour of this year’s legislative session, the Georgia House of Representative passed the fiscal 2023 spending plan 160-5. 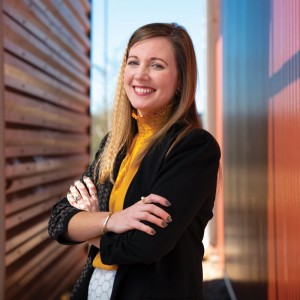 Lee Smith reports that Marilyn Hall and her husband wanted to settle in a small town near Atlanta when they retired. Toccoa, in the foothills of northeast Georgia’s Blue Ridge Mountains, seemed ideal as Hall recalled childhood visits to family there. The couple soon bought a downtown warehouse for their home and an event business.

Kelly Yamanouchi reports that Delta Air Lines said it will add a nonbinary gender option for flight bookings later this year, becoming the third major carrier to provide a gender-neutral alternative and completing changes to its booking systems that the airline shelved during the pandemic.

Some Georgia companies are ahead of potentially enhanced climate transparency rules

Grant Blankenship reports that some of Georgia’s biggest companies may already be close to the mark of a proposed federal rule change to climate reporting for publicly traded companies. That’s the conclusion of analysis by the climate reporting group Climate Central of the proposed rule change by the Securities and Exchange Commission

Joe Hotchkiss reports that the Augusta area’s job numbers are still below what they were before the COVID-19 pandemic. More Georgians – 5,068,389 – are employed now than in any other time in the state’s history, the Georgia Department of Labor announced in late March. The average February jobless rate was 3.9% in Richmond County and the 11 other neighboring counties comprising the Central Savannah River Area Regional Commission.

Terry Dickson reports that the 54th Annual Blessing of the Fleet took place this weekend in Darien. The annual three-day event has been held at a reduced capacity since the start of the COVID-19 pandemic but returned in full force this year.

Julia Roberts reports, in this month’s Perspectives video series we are sharing the benefits of establishing or moving a business to Peachtree Corners, Georgia, where you’ll learn about how the pro-business City supports a thriving economic community. Just 20 miles from downtown Atlanta, it is 17 square miles, has over 40,000 residents and is Gwinnett county’s newest city, which is also home to Curiosity Lab at Peachtree Corners.

Aleks Gilbert reports that a lawsuit calling the proposed city of Vinings “unconstitutional and fatally defective” and seeking its removal from the May 24 ballot was filed in Cobb Superior Court Monday. On Feb. 23, Gov. Brian Kemp signed a bill putting a referendum on the proposed city before the roughly 7,000 people who live within its borders.

Guns, Taxes, Textbooks: Bills that Passed the Georgia Legislature in 2022

Ross Williams reports that Republicans used a last-minute legislative maneuver to slip language that could lead to banning transgender athletes from playing on girls’ sports teams in public schools into a bill targeting so-called divisive concepts in classrooms. “It was laid on our desks probably 15 minutes or so before we voted on it,” said Brookhaven Democratic Rep. Matthew Wilson.

Ty Tagami and Maya T. Prabhu report that the Georgia General Assembly just after midnight Monday approved legislation to control how race is discussed in K-12 classrooms, after amending it to allow any athletic association to ban transgender girls from competing with girls’ teams. House Bill 1084 had already passed the state Senate on Friday with minor amendments after approval in the House.