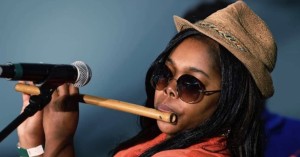 Mary Ann DeMuth reports, for music lovers, this week is the last chance to enjoy world-class musicians performing at the 2022 Savannah Music Festival. The 17-day event ends on Saturday, April 9.

For the first time in two decades, Cobb tax digest expected to rise by double-digits

Staff reports that, boosted by a robust residential real estate market, Cobb’s tax digest is expected to rise by more than 10% this year, according to the Cobb County Board of Tax Assessors. Chief Appraiser Stephen White predicted a 10.49% rise in the digest, which marks the first double-digit yearly increase in more than two decades, according to the Board of Tax Assessors.

Trevor Williams reports that a delegation of 12 sports technology companies from the United Kingdom was assured this week that Atlanta was an unrivaled sports hub where they could make not only a buck, but also an impact. Known as the cradle of the civil rights movement, the city now blends its expertise in hosting high-level competitions with grassroots efforts to use sport as a driver both for equity and international engagement, city leaders said.

Diane Wagner reports that a ruling could come as early as next week on a challenge to the state Senate District 52 candidacy of Republican Jeff Lewis. The district covers most of Bartow and Floyd counties along with a slice of Gordon County.

T.A. DeFeo reports that the Georgia Senate approved Senate Bill 319, a “constitutional carry” measure to allow Georgians to carry guns without the need for a state-issued license. The Senate voted 34-22 on Friday to adopt the House’s changes to the bill. Gov. Brian Kemp, a Republican, said he intends to sign the bill.

Asia Ashley reports that a Republican-led bill to censor certain topics from being taught or accessed in schools now awaits Gov. Brian Kemp’s approval after essentially passing both chambers. Known as HB 1084, the bill the General Assembly passed seeks to ban the teaching of what some conservative lawmakers called “divisive concepts” like critical race theory, a concept that suggests systemic racism is embedded in laws, policies and institutions that lead to racial inequalities.

Donnell Suggs reports that Georgia studio executives got the outcome they wanted— the state’s film tax credit will not be capped this year. The tax credit is often cited as a reason the state turned into a world leader in film and television production.

Jill Nolin, Stanley Dunlap and Ross Williams report, will lawmakers empower a state law enforcement agency to investigate offenses related to voting? Will they pass a ban on women receiving abortion medication by mail? Will this be the year the state legalizes sports betting? Can legislators agree on plans to fix the state’s stalled medical cannabis program and cut the income tax rate?

Maya T. Prabhu reports that less than a week after the General Assembly approved the legislation, Gov. Brian Kemp is set to sign a bill that aims to increase access to mental health and substance abuse care. After weeks of meetings, revisions and compromises, the Legislature on Wednesday unanimously approved House Bill 1013.