Staff reports that the Georgia Ports Authority, U.S. Army Corps of Engineers, Georgia Department of Transportation and dignitaries joined Friday to mark completion of the Savannah Harbor deepening. The project expedites the flow of cargo to and from global destinations by reducing tidal restrictions for mega-ships transiting the Savannah River. 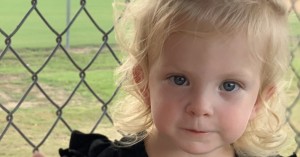 Mary Ann DeMuth reports that pediatric patients and their families in Southwest Georgia are overcoming geography when it comes to the care they need, thanks to a clinical affiliation between Phoebe Putney Health System and Macon’s Atrium Health Navicent. The partnership makes it easier for children to get inpatient, outpatient and follow-up care by working directly with Atrium Health Navicent’s Beverly Knight Olsen Children’s Hospital, the only dedicated children’s hospital in Georgia’s south and central regions.

Tamar Hallerman reports that Sonia Doyle picked out a tiny desk at Goodwill, positioned it next to hers at the office, and brought her 4-year-old son to work. Stephanie Searcy bumped up her house’s Wi-Fi speed and logged into her job alongside her homebound teenagers.

Emily Wu Pearson reports, when Ben Vo opened the grocery chain City Farmer’s Market in 2015, his goal was to create a destination for international ingredients. The store sold meat, seafood and vegetables from countries around the world, but he said customers kept asking for one thing: water spinach, a staple vegetable across many Asian cuisines that was illegal in the state for decades.

Gordon Jackson reports that State Sen. Sheila McNeill is not refusing to support local legislation that would disband the Camden County Spaceport Authority, according to her spokeswoman Leslie Manoukia. Instead, McNeill, R-Brunswick, wants the process for local legislation to be followed. That policy includes two town hall meetings and a meeting among the state legislators representing Camden County to draft the special legislation.

T.A. DeFeo reports that Georgia plans to spend about $10 million to upgrade state-owned rail lines to Class II standards, which officials said would better integrate the lines with the national rail network and allow faster speeds. The funding is included in the proposed fiscal year 2023 budget Georgia lawmakers are considering.

Who is running for Lieutenant Governor in Georgia?

Laura Nwogu reports that on March 1, the Georgia Senate passed Senate Bill 456, which would ban women from receiving the abortion pill through the mail and require in-person exams with a physician. Senators approved the measure 31-22, voting along party lines, to move the bill to the House.

In Georgia, Trump Tries to Revive a Sputtering Campaign

Maya King reports, when Donald Trump recruited David Perdue to run for governor of Georgia, Mr. Trump’s allies boasted that his endorsement alone would shoot Mr. Perdue ahead of the incumbent Republican governor, Brian Kemp. But two months out from the Republican primary election, Mr. Perdue’s campaign has been more underwhelming than epic.

Lawmakers: Budgets and books on Day 35

Brenda Waters reports that on on Day 35 of the legislative session, the budget was the big-ticket item in the Senate. The Senate’s amended version of House Bill 911 followed most of the House’s recommendations, but also included raises for state troopers, forensic examiners and legislators.

Andy Miller repots, in operating rooms, the smoke created by surgery can be a health hazard for those breathing it in. Such “surgical smoke’’ is a byproduct of the thermal destruction of human tissue by the use of lasers or other devices.

Stanley Dunlap reports that legislation intended to crack down on unruly protesters – and that detractors argue could chill free speech and assembly – appears to be in limbo heading into the final week of the legislative session. During a recent scheduled hearing, the House Judiciary Non-Civil Subcommittee tabled Sen. Randy Robertson’s Safe Communities Act because he did not show up to present the bill as civil rights groups packed the small state Capitol room to speak out against it.

Dave Williams reports that Georgia school officials will not be allowed to require a student to wear a mask if his or her parents object under legislation that gained final passage in the state House of Representatives Friday. The bill, which cleared the Republican-controlled chamber 93-52 along party lines, was introduced on behalf of Gov. Brian Kemp, who has fought against mask mandates imposed by local governments and school systems since the coronavirus pandemic struck Georgia two years ago.

Patricia Murphy, Greg Bluestein and Tia Mitchell report that the non-binding, party-sponsored resolutions on primary ballots don’t carry any weight. But they offer a glimpse of partisan priorities – and a hint of the issues that both parties could push in the years to come.