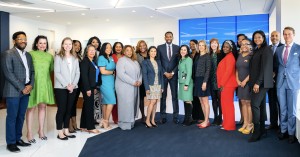 Mary Ann DeMuth reports that Atlanta has the nation’s only municipally funded incubator for women-owned businesses. The Women’s Entrepreneurship Initiative (WEI) spurs business growth through access to resources and mentoring while it fosters a peer community.

Michael E. Kanell reports that Metro Atlanta home prices are nearly 25% higher than a year ago, a reflection of soaring demand — much of it from deep-pocketed investors. Last month, the average cost of a home in the metro area exceeded $360,000. A year ago, it was $290,000.

Margarita Cambest reports that a $2.5 million grant from the Georgia Power Foundation is the latest investment announced in the HUB for Community Innovation project. Expected to open to the public in the next few months, the 33,000-square-foot HUB for Community Innovation Center, also known as HUB West, will house four locally-based nonprofits – Augusta Locally Grown, Augusta University Literacy Center, Harrisburg Family Health Care, and RISE Augusta, which provides literacy remediation and mentoring for children and families.

Freedom to Farm Act gets hearing in Georgia Senate committee

Dave Williams reports that legislation aimed at protecting Georgia farmers from nuisance lawsuits drew support Monday from representatives of agribusiness and opposition from environmental advocates. The Freedom to Farm Act would replace a law the General Assembly passed in 1989.

Sarah Kallis reports that mental health and mask mandates sparked debate in committee meetings on Monday. The House Education Committee voted on the controversial Senate Bill 514, which could circumvent mask mandates in Georgia schools. Sen. Clint Dixon (R-Gwinnett), the bill’s sponsor, said that the bill does not prevent schools from issuing mask mandates; it just requires that parents be allowed to opt their children out of wearing a mask.

Ambria Burton reports that Georgia House committee is considering a bill that would take away judges’ ability to release people charged with a felony on their personal recognizance without setting a bail. Under the proposed legislation, which passed the Senate on Crossover Day,  all Georgia felonies would be considered bail restricted offenses.

Andy Sher reports that U.S. Rep. Marjorie Taylor Greene, R-Rome, Ga., is defending her House vote Thursday against stripping “most favored nation” trade status from Russia and Belarus over the invasion of Ukraine, saying it in no way means she’s pro-Russian President Vladimir Putin. “First off, that’s ridiculous, and you need to stop,” Greene told a reporter in Washington in a video supplied by her office.

Jill Nolin reports that House Speaker David Ralston’s sweeping mental health is picking up loud opposition in the Senate. The bill overwhelmingly passed the House earlier this month with just a few lawmakers voting against it. But this isn’t the first show of criticism of a bill Ralston has called his top priority for the year.

Greg Bluestein reports that Lt. Gov. Geoff Duncan has a welcoming gift ahead of Donald Trump’s visit to Georgia: A spate of statewide TV ads criticizing Trump and other Republicans who would “rather talk about conspiracy theories and past losses” than the upcoming November vote. Duncan’s “GOP 2.0″ conservative advocacy group launched the 30-second ad on Monday as Trump prepares to headline a weekend rally for six Georgia Republicans he’s endorsed.