Staff reports that Governor Brian P. Kemp today announced that Aspen Aerogels (NYSE: ASPN) (“Aspen,” the “Company”), a technology leader in aerogel-based sustainability and electrification solutions, plans to construct an advanced manufacturing facility at Bulloch County’s Southern Gateway Commerce Park. Aspen intends to invest a minimum of $325 million and to create more than 250 advanced manufacturing jobs at their new site near Statesboro, where production is expected to begin in late 2023. 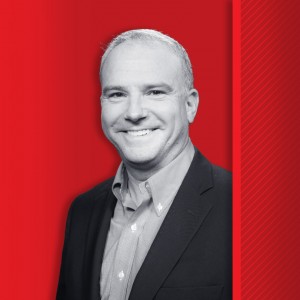 Brian Robinson writes, casinos remain illegal in Georgia, but that hasn’t stopped some prominent politicians from engaging in high-stakes gambling with their careers. The card table is now set for the most highly anticipated and highly covered governor’s race in the entire country.

Tamar Hallerman reports that Southern Company, the electric utility overseeing the beleaguered Plant Vogtle nuclear expansion near Augusta, said Thursday that the project is being delayed once again as costs continue to climb. That raises the possibility the company’s roughly 2.6 million Georgia Power customers, already on the hook for billions of dollars, will pay even more to finance the first big nuclear project in the U.S. in decades.

Erin Schilling reports, for the past five years, every time someone asks what Georgia’s economic development pipeline looks like, commissioner Pat Wilson answers the same way — “It’s busier than we’ve ever been.” “It feels almost disingenuous,” said Wilson, who leads the Georgia Department of Economic Development. “But we truly are as busy as we have ever been as a department.”

How Companies Can Navigate the Low Tides of the U.S.-China Relationship

Trevor Williams reports that a grinding trade war and growing geopolitical competition haven’t completely locked U.S. companies out of China’s massive consumer market, though it has closed off some industry sectors and necessitated shifts in strategy, speakers said at a U.S.-China business forum in Atlanta last week.

Dave Williams reports that Georgia House’s top budget writer is leaving the General Assembly. State Rep. Terry England, R-Auburn, chairman of the House Appropriations Committee, announced Thursday he will not seek reelection this fall to a 10th term. England is in his 18th year in the House, including 12 as appropriations chairman.

Diane Wagner reports that a controversial rural jobs tax credit bill is moving through the Georgia House again after a similar measure was blocked in the state Senate last year. HB 500, the Georgia Agribusiness and Rural Jobs Act, would set aside up to $100 million in tax credits for entities that invest in eligible small businesses — with less than 250 employees — in certain rural counties. It’s a second round of funding for the program approved in 2017.

Susan McCord reports that the Republican-crafted redistricting plan for Augusta Commission and Richmond County Board of Education passed the Georgia House Thursday and now heads to Gov. Brian Kemp’s desk for a signature. The map is heavily opposed by Democrats who liken it to efforts statewide to favor Republicans in local elections.

Georgia lawmakers are trying to crack down on organized retail crime by regulating online marketplaces.

The “Inform Consumers Act,” SB 332, — which would provide protections for Georgians who unknowingly purchase stolen and counterfeit products from online marketplaces — has already received unanimous approval in the Senate.  “Organized retail crime lies at the crossroads of public safety and business, and our top priority remains protecting Georgia lives and livelihoods,” Attorney General Chris Carr said.

Chart Riggall reports that the Georgia State Senate passed the bill creating a city of Lost Mountain Wednesday, sending the bill back to the House for final approval before it heads to the desk of Gov. Brian Kemp. Should it receive those last two stamps of approval under the Gold Dome, the final decision on incorporation will be left to the voters of west Cobb in a May 24 referendum.

Ross Williams reports that a suite of bills designed to legalize horse racing in Georgia got a boost Thursday from a study suggesting that allowing Georgians to bet on races could bring more than a billion dollars in new revenue to the state. But the perennial push to expand the state’s gambling options faced withering criticism from detractors who say racetracks will empty Georgians’ bank accounts and increase the rate of gambling addiction.

Maya T. Prabhu reports that the Georgia Senate on Thursday approved legislation that would prohibit companies owned by the Chinese government to bid on state contracts. It’s unclear whether the election-year measure will have any real-life impact, since the author of the bill said he is not aware of any companies owned by the Chinese government that are doing business with Georgia.